We are grateful to member David Roberts for reminding us of a twentieth century building designed by our Vice President, John Wells Thorpe, which was not included in the RIBA map shown at the 'Mapping the best of Brighton Modern' event on 21 February. 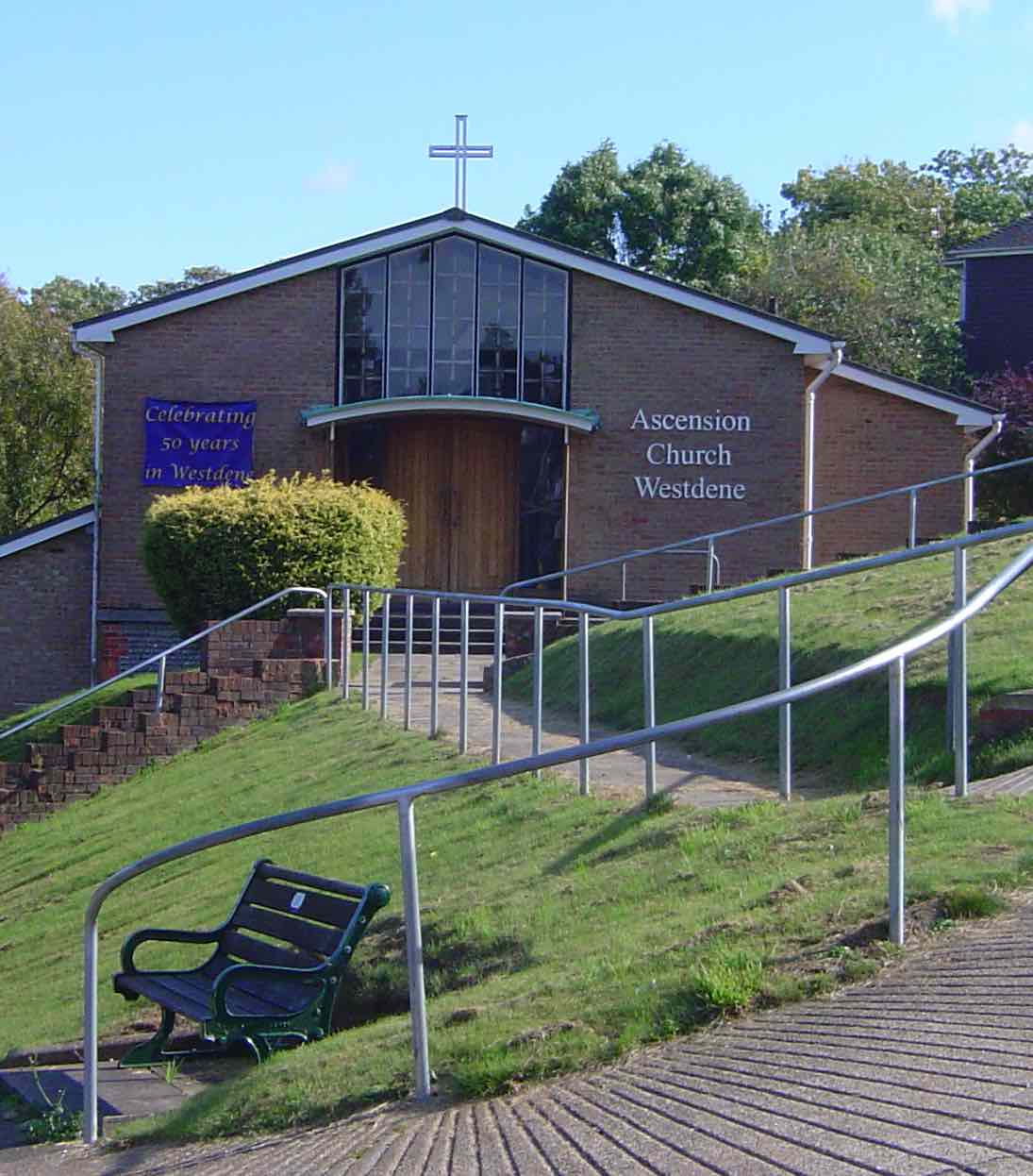 The Church of the Ascension was one of number of new churches that appeared in the suburbs of Brighton and Hove after WWII to serve newly established housing areas. It was commissioned as a 'daughter church' of All Saints Patcham and was built in 1958 at the centre of the new Westdene development on a steeply sloping triangular site that had been deemed unsuitable for houses.
It was designed by  thirty-year-old John Wells-Thorpe whilst he was working as an associate in the practice of Laurence Gotch and Partners, and was the first commission that he introduced to the practice.

He was required to design a single space that would serve both as a church and a church hall and was given a budget £7,500.  In his own account he admitted to having been influenced by contemporary Scandinavian churches and conceded  that the result did not fit comfortably into its tudorbethan surroundings.
Wells-Thorpe designed the altar furniture in West African hardwood and used the Ditchling sculptor Joseph Cribb. This was a time of shortage and inflation and the final price was £9,000.

Over the past sixty years the church has been subject to a number of internal alterations and a new separate church hall was added as an extension.
John Wells-Thorpe went on to design a number of churches further afield under his own aegis. These included St Edwards' in Burgess Hill and St. Christopher's at Thornhill, Southampton.

If you have a favourite building you would like to add to our gallery of RS members' favourite 20th century buildings, please do so here.

Would you like to comment on this article? The committee, RS members and other site users would be interested to hear your views so we are inviting you to share your thoughts online. If you would like to do so you will need to register first - it only takes a moment and once registered you can log in and comment on other articles on this site in the future. Click here to register. If you have already registered, simply click on 'you must be logged in' at the bottom of the page.