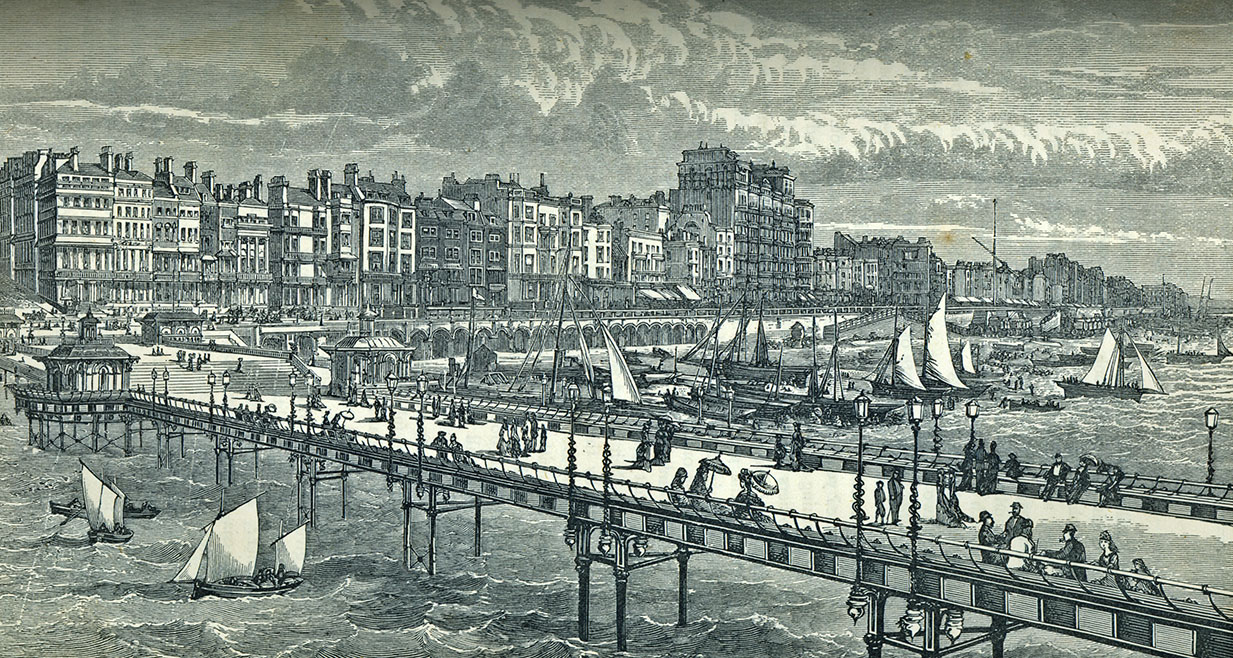 Between the later 1850s and 1870, Brighton’s expansion greatly affected the surrounding parishes, particularly Hove.  This took place in spite of the controversies which appeared in the national press such as the poor sanitation and its links with infections in all social classes, and the unsuccessful attempts to quash Anglo-Catholicism in Brighton, which became a major centre of it.

In spite of controversies, Brighton flourished and development spread into the parishes to the north and west.  The resort’s success attracted investment in much needed new attractions such as modern or updated baths, the West Pier, the Aquarium and new hotels such as The Grand.  New suburbs were begun such as Cliftonville in Hove, on the Stanford Estate in Hove and Preston,  and infills in Patcham.  Much needed small terraced houses were built, for example along the east side of the London Road.  The town benefitted from a wider range of employment such as the railway works and bigger breweries.  Its rail links to Lewes and eastwards and to Shoreham and westwards turned it into a regional centre.  A more balanced economy was developing by 1870.

Rising levels of affluence enabled ratepayers to afford the costly sewerage system which was completed in the 1870s, after some years of controversy about the need and the cost.   In this period, local people paid for civic investments such as these, meeting the interest payments on the loans required to pay for them.

By 1870, familiar Victorian buildings such as some of our Anglo-Catholic churches were part of the resort’s landscape. Anglo Catholicism was the source of yet another controversy which brought attention to the resort, in this case attracting wealthy visitors.  Many other churches were added by non-conformist groups such as the Presbyterians.

The talk ends in 1870 just before the Stanford Estate and other big urban developments take off and significantly alter the townscape again.  From about 1870, the Corporation invested in some very profitable activities such as water supply and urban transport. It was an age of great confidence in the future of both Brighton and Hove which continued into the Edwardian era.

The recording of this event is no longer available.