. . .  there is a masterplan for the western end of the Marina and the Black Rock site.

Already the Marina is a hodgepodge of buildings whose layout and design relate  to nothing of local meaning. Furthermore, pedestrians seem to have been largely left unconsidered, e.g. plenty of obvious places for cars but little to help someone on foot negotiate from, say, the western beach entrance to the 'Laughing Dog'. This view seems uncontroversial.

The present proposed development attempts to nudge potential future developers on the site toward some design logic but this viewpoint isn't nearly broad enough to encompass the practical and environmental impact of what might be a new Brighton Centre on Black Rock with all it's as yet unresolved heritage and transport issues. (There isn't even a design yet.)

The full planning application now with the council proposes phase 2 and outline permission for phase 3 of largely private and some 'affordable' flats with parking, amenities and public walkways and open space - all this immediately south of the shed structures that are presently the David Lloyd Leisure Centre, the bowling alley and the casino. This will be built on reclaimed land and is intended to relate to phase 1 already built to  the east. 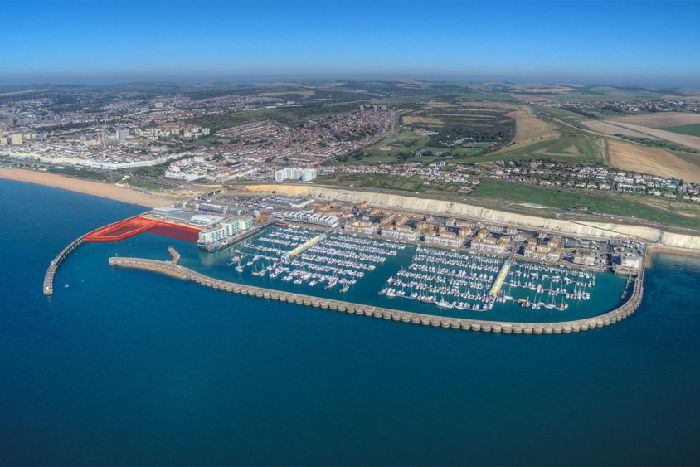 Area in red is the development site 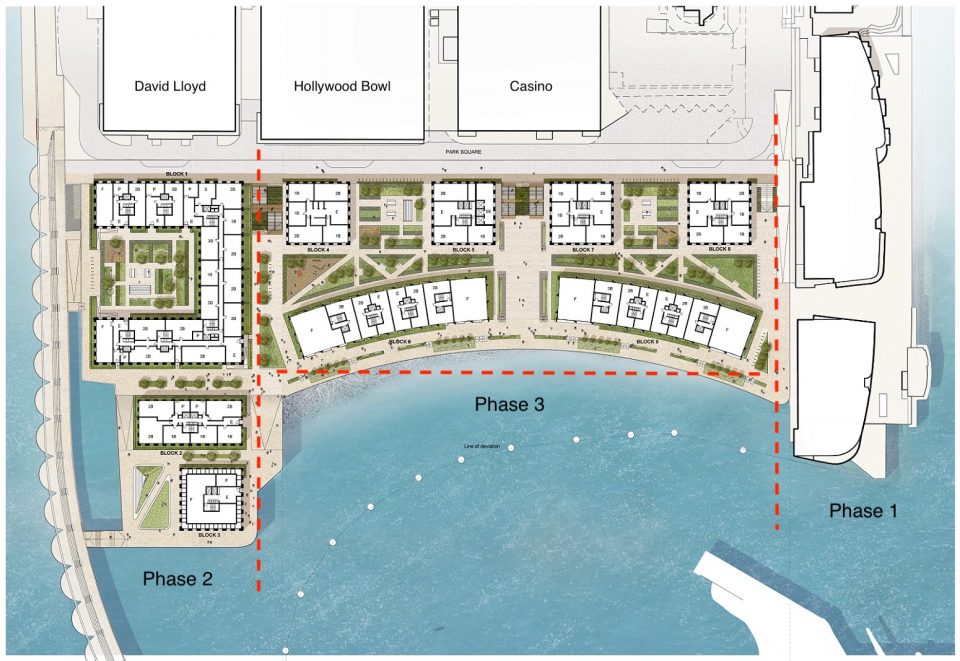 We have seen earlier designs for this site that included a slim 40 storey tower on the southwest corner and curvilinear  blocks of various heights. This has been superseded by a 28 storey tower plus eight buildings of eight -19 storeys, some forming a crescent facing the sea with several large blocks beside and behind.

This proposal is the start of intended radical changes to the profile of the city that claim to be inspired by the lovely Regency squares that define us. The Regency Society, while not hostile to change, progress and, in some cases, tall buildings, does not believe this proposal, conceived in isolation of other radical changes brewing, rises to the challenge of our city's social, economic and heritage needs.

Our objection submitted to the council details benefits and dis-benefits of the proposal as we see it.  Please read it here as it provides details about our concerns that outweigh the benefits sought.

Visual impressions within the development 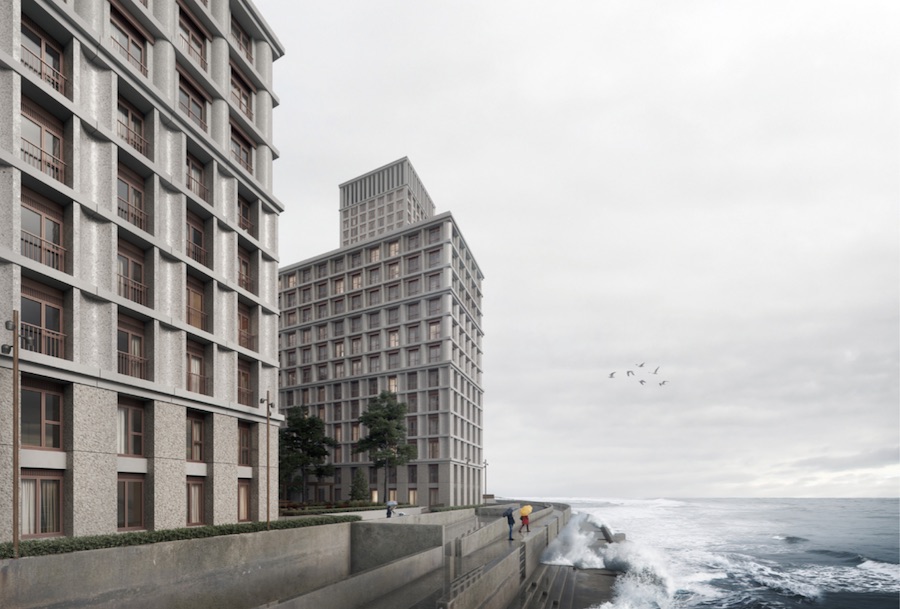 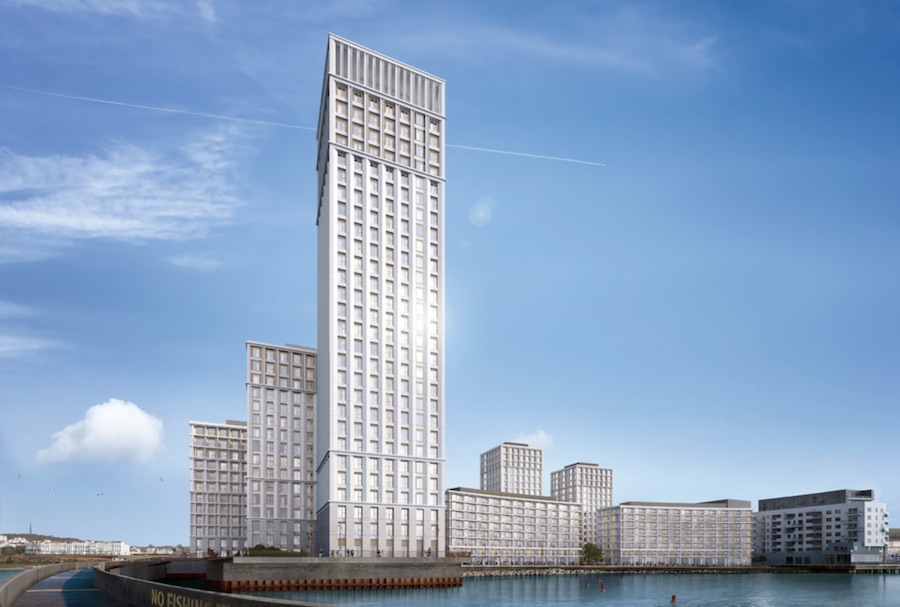 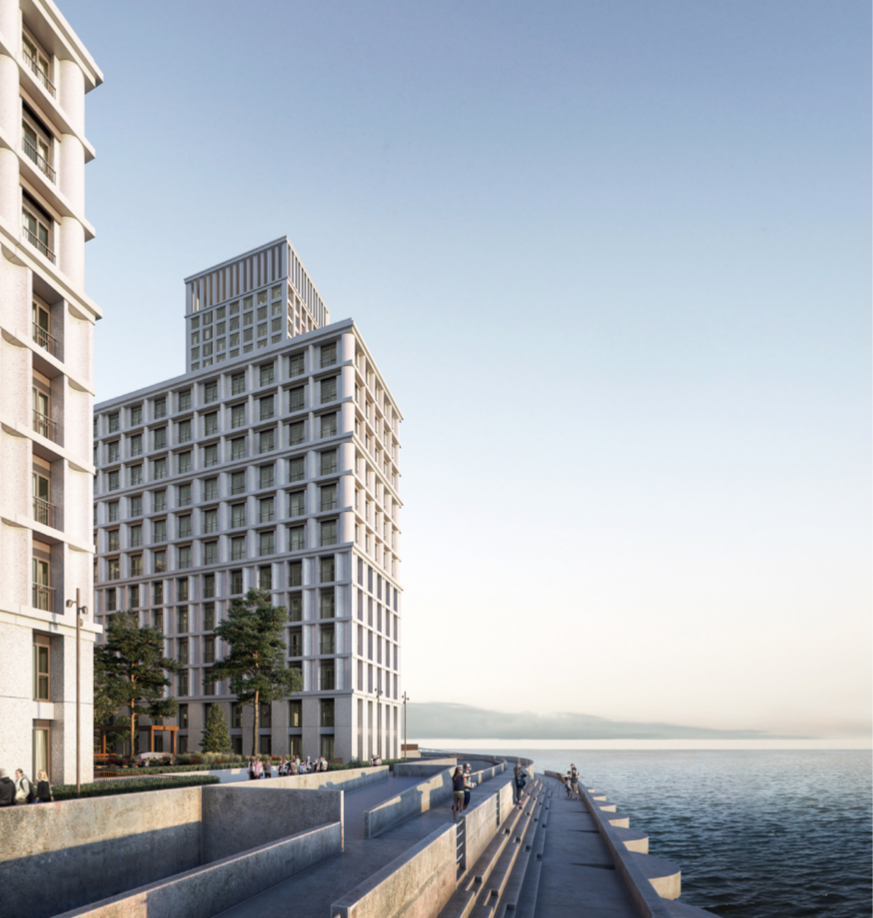 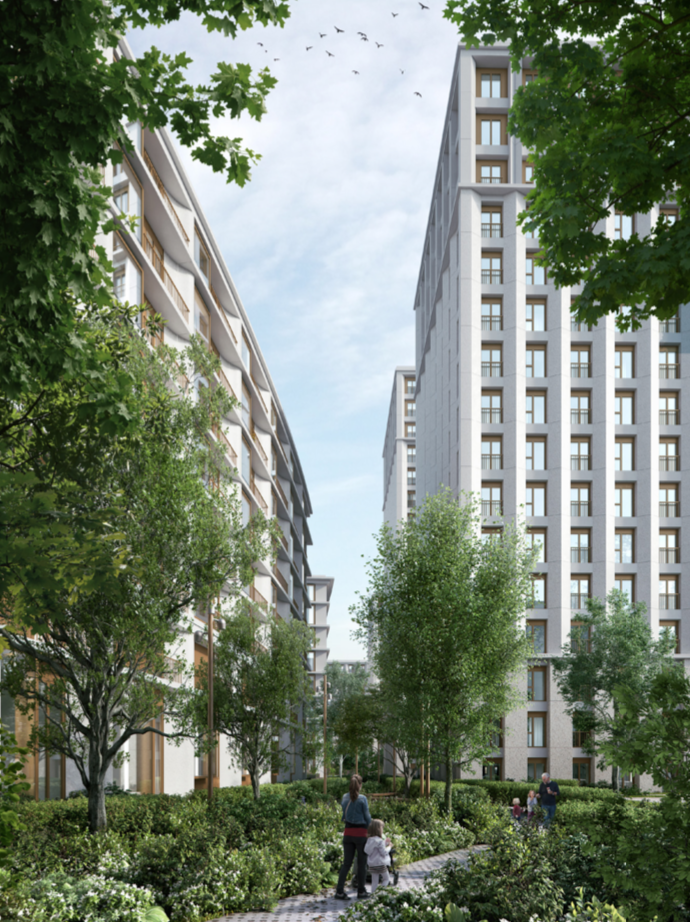 Visual impressions from outside the development 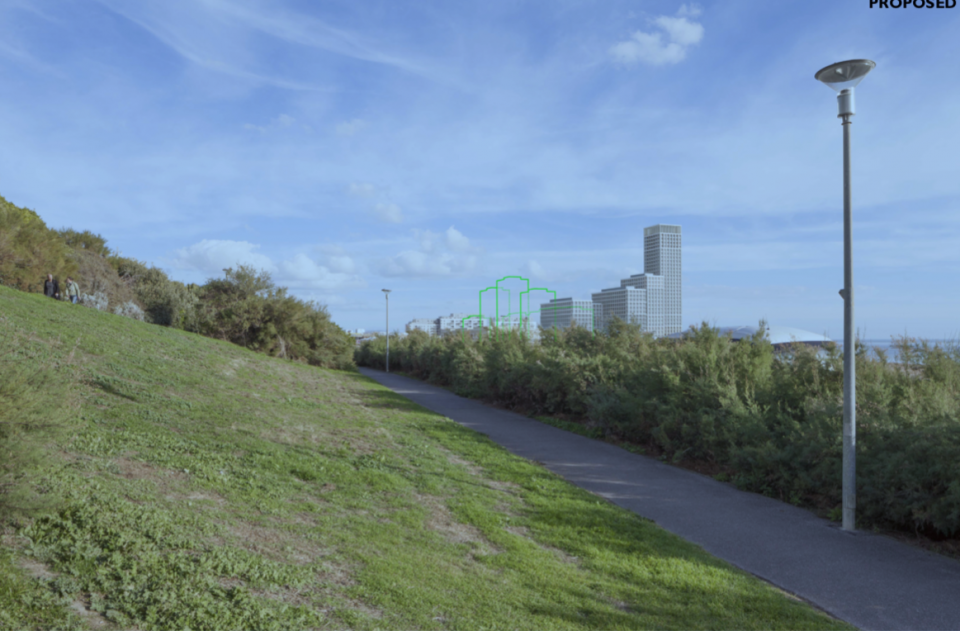 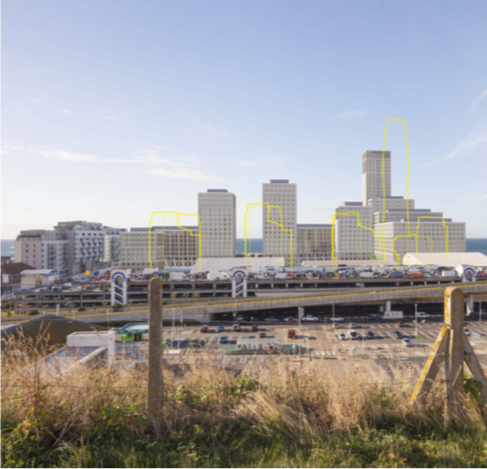