Sadly, Amex House in Edward Street, Brighton is no more. Demolition is now  complete and the site is surrounded with hoardings.

The Regency Society campaigned for Amex House to survive as one of the best post-war 20th centre buildings in the city without success. We liked the look of the building and the way it was set back from the road, creating a pleasant open space in what is otherwise a lacklustre streetscape.

The new American Express building, which had been hiding modestly behind the old one, is now partly visible above the hoardings. But it won’t be for long if the planners and developers get their way.

In 2013 the Council published a planning brief for what they called the “Edward Street Quarter”, an area including both Amex sites and various other significant buildings such as the police station, job centre and law courts. This encouraged developers to propose medium-height, mixed-use schemes.

Development company First Base and architects Buckley Gray Yeoman are currently consulting the public about their proposals for just part of the “quarter”, namely the site of the former Amex House.

There are only outline plans at present, but they do show that the new buildings will come right up to pavement on Edwards Street, rather than reproducing the open space that existed in front of Amex House. This is a missed opportunity. Some open spaces are proposed but they are further back within the scheme, where they will benefit from far less sun and probably less footfall.

We shall be monitoring these plans as they evolve. In the meatime  you can see sketches of the proposed scheme here. 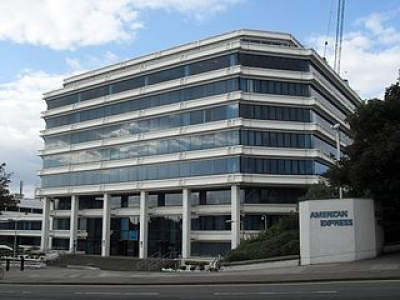 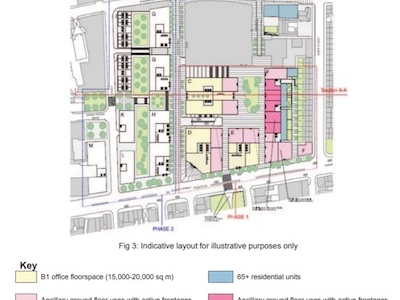 Plan of the proposed scheme