Penthouses on flat roofs: what justifies approval or non-approval?

Views from the i360 show us a lot of tall flat roofed housing blocks in the city. At the same time, Brighton knows it can pull into the city, Londoners who can afford to buy the pricey penthouse properties that are increasingly being proposed. Will this become a trend soon to fill the planning department’s pile of building applications? What might be the justifications for approving some and not others? This month the Planning Forum considered two such proposals.

Hove Manor on Hove Street is a 1930s block of flats in Old Hove Conservation area. Its narrow south end is one block from Kingsway near the King Alfred Centre. Presently seven stories, the application proposes an additional storey to create three very large rooftop flats and points out the nearby precedent at Viceroy Lodge that is now eight stories following similar additions. The application shows distant views of the proposal in order to demonstrate the visual impact on the neighbourhood. The intended cladding and fenestration have no relationship to the existing structure as can be seen in the photos below. 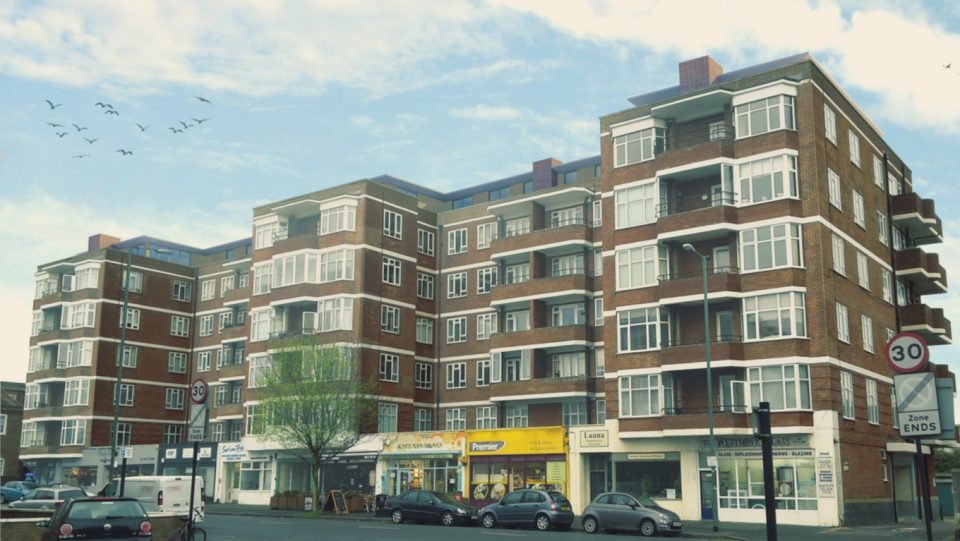 The details above have been taken into consideration when making a decision, however the Regency Society has not commented on this application, indicating neither support nor objection.

The Albemarle on Marine Parade is a 1970 mixed-use block of eight storeys with ground level parking, a bar, restaurant and nightclub on the first floor and 36 flats on the top six levels. The existing roof has a single storey lift motor room. It sits on a prominent site on the Brighton seafront near the pier. The proposal is to create four 2-bedroom 2-level apartments on the roof.  The two level units are intended to mask the existing protruding lift machinery as the lift will serve only the lower floor of the new units.

The application states that in design terms the existing building is bland to all elevations, its proportions are crude giving it a monolithic and heavy appearance, and  it contributes little to its local setting. The intention of the proposal is to transform the building “to create a landmark building worthy of its setting”.

As with Hove Manor the roof apartments are set back and the cladding and fenestration have no relationship to the existing structure.

The Arbemarle within the townscape 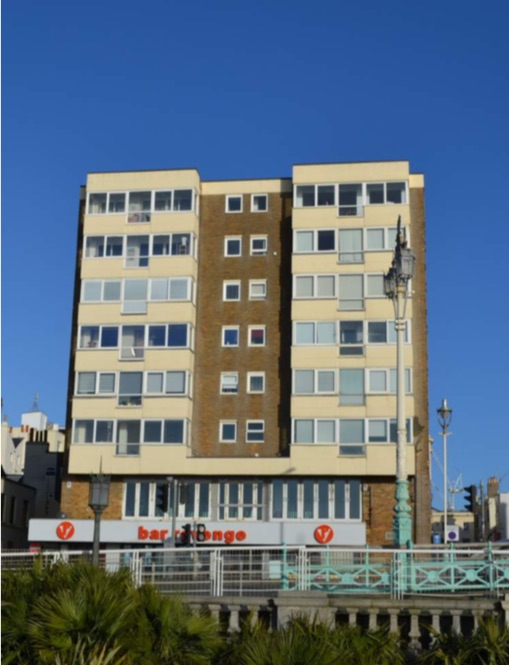 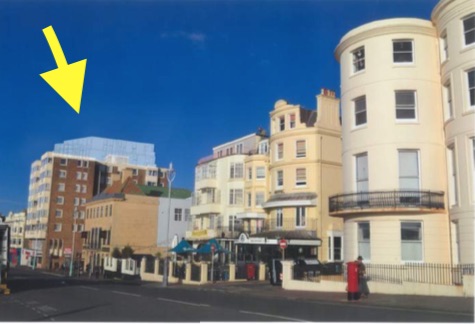 The Regency Society has objected to this proposal on the grounds that this building is already too high in relation to its neighbours and the proposal for two extra floors will make its impact even more inappropriate, thus failing in its attempt  “to create a landmark building worthy of its setting”

Please see our submitted objection below.

The Regency Society objects to this proposal. The application states that the plan aims to transform a dull building into one “worthy of its setting”. The existing height and bland appearance of The Albemarle offers a visually discouraging impact on the seafront architecture of Marine Parade. Already out-of-keeping with its surrounds the proposal now seeks to extend that incompatibility by adding an additional two stories that relate in design to nothing that respects the style of the area. Furthermore, an unwelcome precedent may be set and penthouses on the Brighton seafront will not contribute to the housing crisis. This proposal fails in its attempt to transform the building to become an asset within the townscape.

This application is for a significant site on Davigdor Road along the stretch westward from the Montefiore Hospital, Preece House and the new Artisan apartments. Presently, between the latter two, is a relatively small building overwhelmed by its neighbours.

The proposal is to provide enlarged office space for IMEX, presently on Ellen Street in Hove, and additional housing above, all within a part 5 storey, part 9 storey building with underground parking.

The application states, “The vision for this development is to relate and compliment the local environment, (by) complimenting the recently constructed Artisan block with another clean and crisp building that has its own distinct identity.” 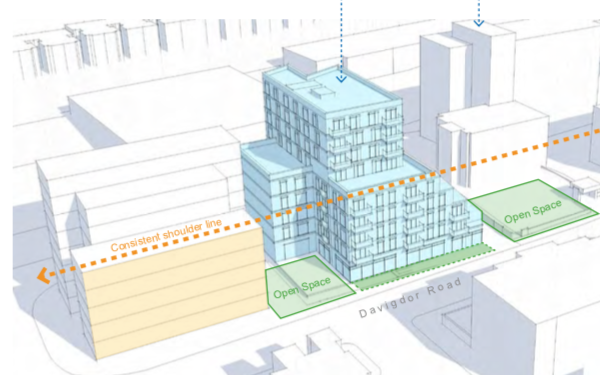 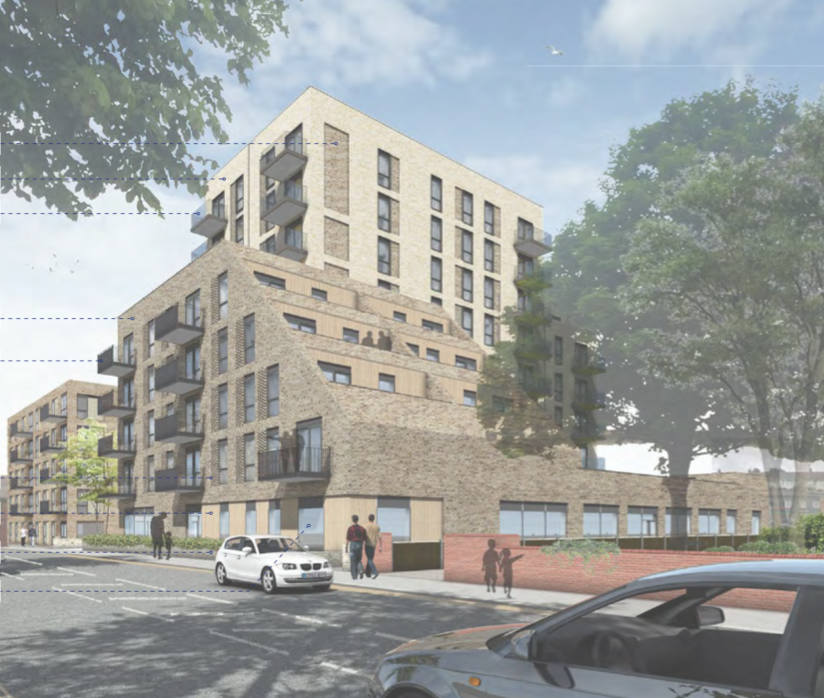 The Regency Society opposes this application for its failure to respond sensitively to the surrounding architecture. The tower will appear higher than its drawings suggest; the slope on the east side, apparently driven by an attempt to comply with a covenant around light, is incompatible with the overall design; and the massing is inelegant, creating a structure that risks dominating what is already there. Furthermore, for all that bulk, the affordable housing element is only 18%.