If you take a bus from the station heading north or west you will know the stop on the north end of Surrey Street.  It's an attractive street of small traditional terraced houses on the edge of the West Hill Conservation Area. But you may not be aware of the vacant 'private shop' halfway along covered in metal security roller shutters. The entire building is run down and detracts significantly from the street scene and conservation area. 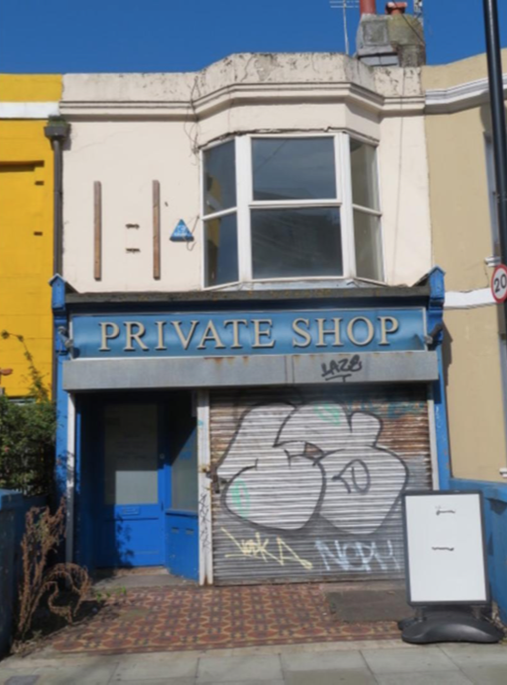 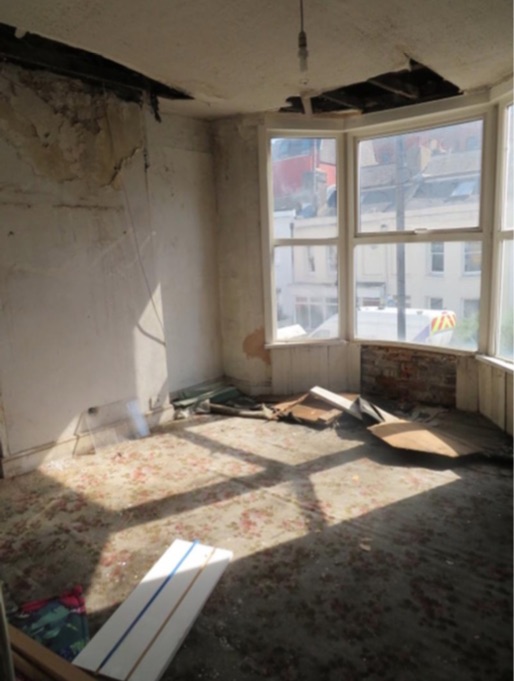 However, the proposed development seeks to remove the ground floor shop window and doorway and the first floor bay and reinstate the characteristic Surrey Street shallow curved front to match the neighbouring properties. The plan offers living/dining area, kitchen and WC. Upstairs two bedrooms and a bathroom fit nicely. The front wall, path and garden area will be finished in keeping with the nearby houses.

In the late 19th early 20th century many of the residential properties in Surrey Street were converted into shops (local street directories).  Very few are left.  They must have been given permission to convert back to private residences.  The former sex shop front now looks much like a tooth removed from a pleasant smile.  The missing wall is also an unseemly gap in an otherwise varied but coherent run of front walls.  The paving in front of the shop seems to be Edwardian, not Victorian and so is very much out of keeping with the other house fronts.  The reinstatement of a small garden is ecologically sound and would prevent any possibility of the space being used for car parking.  Surrey Street is in constant evolution - right from the time when the city council itself demolished 5 building at the north end of the street as late as 1934.  This will make a fine family home – but who would want to live in a fish-bowl with a huge, energy-wasting shop window in the lounge?  The Regency Society would like to support this application.