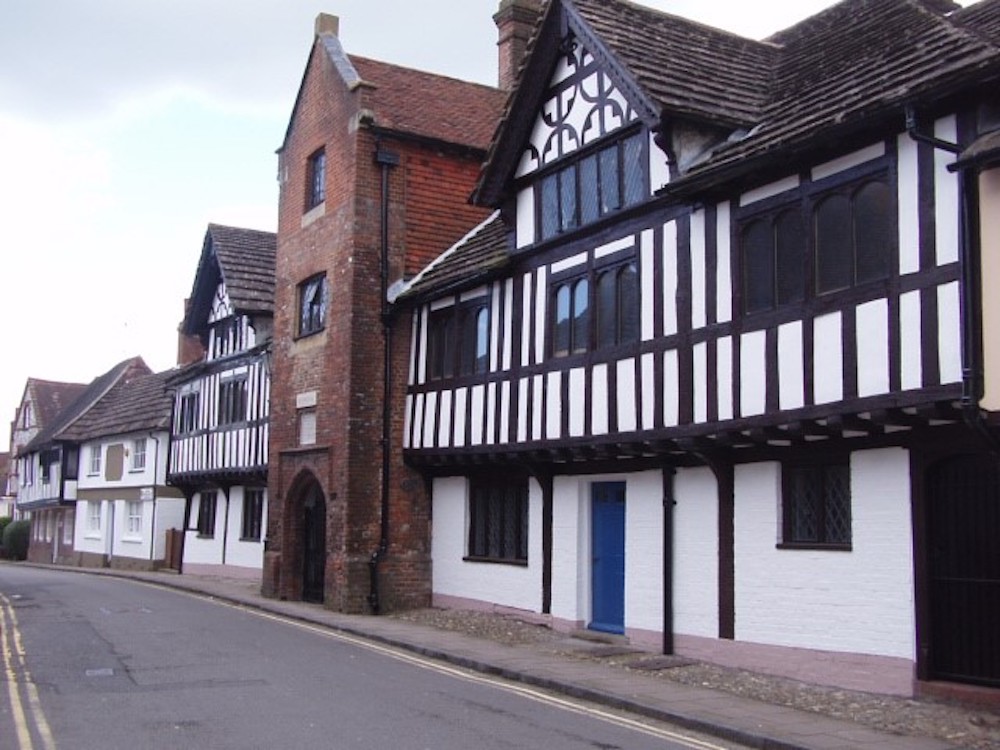 A recording of this talk by Dr Janet Pennington was previously available to view here but has now been removed.

This is a chance to browse the streets, lanes and twittens of a small country town in West Sussex with a history that goes back well over a thousand years. This virtual walk leads you through much of Steyning’s history – the beautiful Norman church, the town’s foundation legend of St Cuthman and his wheelbarrow, as well as the Grammar School and its beginnings as a cloth hall in the 15th century. It includes the burning of a Protestant martyr in 1555 and the marriage of Charles Parnell to Kitty O’Shea at the register office in 1891.

Many of the timber-framed buildings will be seen, together with some of the town’s alcoholic history and other trades. There will certainly be some butchers and bakers, and while there is documentary evidence for 17th century candlemakers, their actual places of work remain unknown. However, the archives at Arundel Castle and those at the West Sussex Record Office of the Wiston Estate, amongst others, will illuminate your steps through Steyning town.