Some 230 years ago Marlborough House became a unique example of Adam style on the seaside in SE England, an upmarket gentleman's home with a front elevation in Liardet's cement, a patent oil-render invented by John Liardet and later acquired by the Adam brothers. For several decades after Adam's work, this finish remained visible. However, during the 19th and 20th centuries render repairs in other materials and overpainting resulted in its loss.

When the House was sold by BHCC into private ownership, during the 1990s, a programme of works was undertaken by the new owner. A part of this saw the reinstatement of the front elevation to a Liardet's style of finish. Sadly, further repairs to the building were then abandoned and it has since stood empty. The reintroduction of the Adam style of finish was undertaken with permission from English Heritage and BHCC via a Listed Building Consent. Once applied, this work became fully protected as a part of the historic property under the Listing Building legislation.

Recently the front of elevation of Marlborough House was scaffolded. Being concerned for the render finish, BHCC contacted the owner and explained that a new LBC application would be required if painting works were to be proposed. They also explained that such an application would likely fail, given the interest in preserving the Liardet's style of finish. 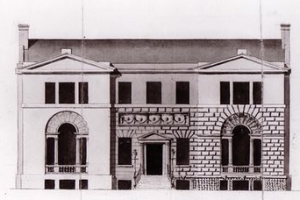 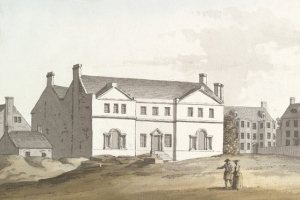 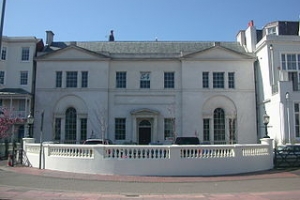 With total disregard for this advice, Marlborough House has now been painted, yet no LBC application is visible on the BHCC website. It is a tragedy that this fate has befallen the property. Great efforts were made in the 1990s to reinstate the Adam style of finish and until last week Marlborough House was one of only a handful of historic properties in the whole of the UK to exhibit such detail.

Under the control of its recent owners, Marlborough House has spent the last two decades sliding into a state of serious disrepair and the property is now on the national 'Heritage at Risk' register. In recent years, ill informed and illegal alterations have been undertaken, for example the removal of 18th century dormer roof lights and the destruction of mahogany doors. The removal of historic interior fittings has also occurred. Yet no serious move has been made by the statutory authorities to protect the House. Now, one of its greatest features, a historically accurate render finish, has also been lost.

Will the time come when 'enough is enough' in the eyes of the Council and Historic England? Will they ever undertake any real enforcement action? What is needed is compulsory purchase and swift, aggressive, prosecution, but this seems highly unlikely. To date, no effective steps have been taken to prevent the progressive deterioration of a local treasure.

In the mid-20th century concern for the historic built environment led local people to form organisations and campaign for the preservation of our architectural legacy. Today, such citizen action is much reduced. With neither adequate governmental or civic oversight in place, the perpetrators of architectural despoliation know they face little risk of being pursued for redress. While this situation prevails, the long term outlook for the built heritage is poor and, for many properties, ill-considered alteration, collapse or loss through fire would seem the likely future outcomes.

Read our letter to the Council