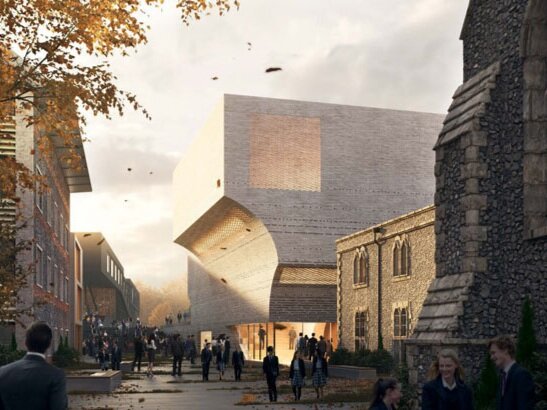 Emerging Amsterdam-based firm krft, co-founded in 2015 by Oscar Vos and Thomas Dieben, won an international competition to design a performance arts centre at the college.

The college asked for a 3,000m² mixed-use educational building in which all performing arts would take place, with a 400-seat theatre hall as the heart of the building. The site is small, in between the listed Gilbert Scott-designed Main Building and the new Sports & Science building by OMA.

In response, krft moved the theatre hall upwards, floating above a multi-oriented foyer space, making connections to all outdoor spaces surrounding the site and creating a pivot point for all movement around the campus while avoiding any possible ‘backsides’ of the building. 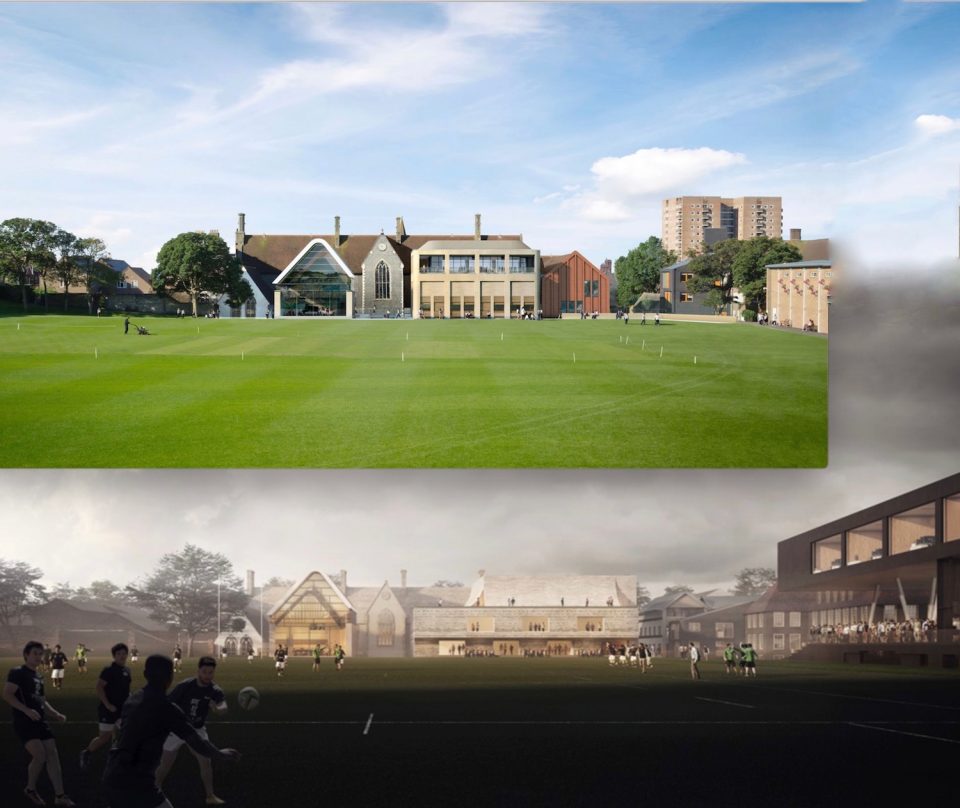 The upper picture was Eric Parry’s proposal a decade ago for a new theatre to the right of his Music School which was then built, and was memorably the location of a Regency Society meeting.

In the lower picture the theatre will sit to the right of Parry’s Music School. Further to the right is the completed Sports & Science Building by OMA which we will be visiting in February.