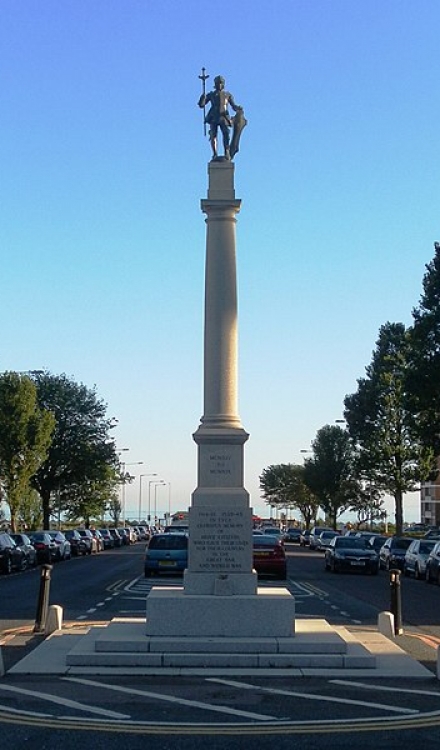 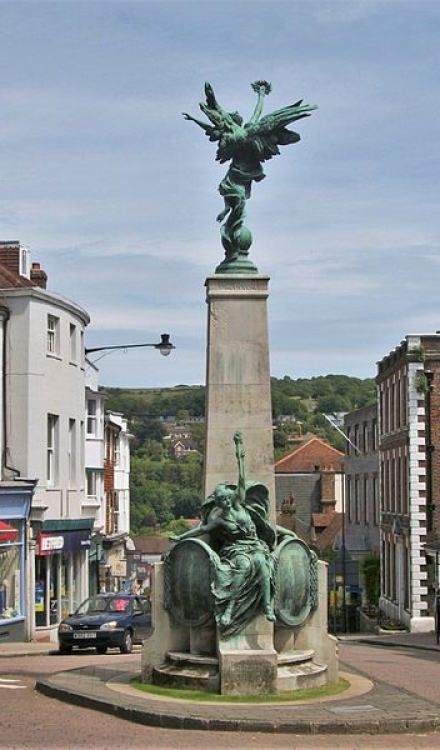 As part of the First World War centenary commemorations, English Heritage began a programme, continued by Historic England, to list 2,500 war memorials as buildings of special interest, more than doubling the number already listed. They also recognised that a relatively low proportion of memorials were listed at the higher grades of Grade II*- particularly important buildings of more than special interest - and Grade I - of exceptional interest. Lewes War Memorial was upgraded to II* in October 2014, at the instigation of the War Memorials Trust, the national charity that works to protect and conserve war memorials in the UK.

With all but the most modest or damaged memorials listable for their historic interest, special criteria were needed to determine their appropriate grading. In March 2015, the month before they split with Historic England, English Heritage convened a meeting including the War Memorials Trust to review the grading of all 44 memorials in England designed by Sir Edwin Lutyens, the architect of the Cenotaph in Whitehall. Hove War Memorial was considered not to justify upgrading.

Historic England issued guidance in June 2015 that “Grade II* will be warranted for those memorials with an above-average level of interest: they may be highly unusual in form or symbolism or of a high level of artistic accomplishment.” Comparing the Lewes and Hove memorials against this makes it clear why the former warranted upgrading and the latter did not. More intriguing perhaps is why Lewes, with a third of the population of Hove, has such a splendid memorial and Hove such a mediocre one.

Lewes War Memorial is of exceptional sculptural interest as the work of Vernon March (1891-1930). Untutored, he became the youngest exhibitor at the Royal Academy in 1907, at the age of 16. Having learnt to fly before the war, he joined the Royal Flying Corps, but his poor eyesight prevented him from serving as a pilot. He was noted for the vigour of his figures, three of which, Victory, Peace and Liberty adorn the memorial. His early death at the age of 38 makes his war memorials his main legacy. In the UK, his memorial at Lewes is only matched by that in Londonderry, but the Canadian National War Memorial in Ottawa is by far his most impressive work.

Sited in the middle of the junction of Lewes High Street and Market Street, the tight composition and the verticality of the design gains stature from its constricted position. The figure of Victory gestures east towards the dawn and some corner of a foreign field that is forever Sussex.

By contrast, Hove War Memorial is of architectural interest as the work of Sir Edwin Lutyens (1869-1944), the “go-to” architect for war memorials. Lutyens had ambitions for an obelisk or a cenotaph, a wooden mock-up of which was set up on Hove Lawns. The columnar form is unusual for him, but duplicated the same year at Fordham, Cambridgeshire. The unimpressive column is further diminished by its setting in the yawning void of Grand Avenue.

The sculptor was Sir George Frampton (1860-1928), who had achieved eminence and was a member of the Royal Academy’s Executive Committee on War Memorials. His most important memorial is that to Edith Cavell in London. He had first used a figure of St George at the Radley College Boer War Memorial in 1903. Now in his 60s, his statues at Hove and at Fordham are formulaic and lacking originality. St George turns his back on the sea, beyond which so many sons of Hove had died.

Lewes benefited from holding a competition and recognising an outstandingly good entry, unlike Hove which took the easy way out of making the obvious choice. The Lewes memorial committee was over-ambitious, naming all 25I of the fallen on the actual monument. Embarrassingly, the final cost of £2,645 was not paid off for several years afterwards. The Hove memorial cost just £1,537, with the names of the 631 fallen engraved on brass plaques in the entrance to Hove Library, leaving some residual funds for war charities. With Hove Library reprieved from closure, it is to be hoped that these memorial plaques can remain indefinitely in their original location, together with the rare collection of war records, photographs and ephemera which make up the Hove Roll of Honour.