Do you remember the Sackville Hotel?

It was built in 1904 on the corner of Kingsway and Sackville Gardens, originally as a terrace of private houses.  It collapsed in 2006 and was demolished after being battered by strong winds.

The site then stood empty and unloved until 2016 when a developer proposed a 17-storey circular tower. The Regency Society was one of the many voices opposing this idea. Amongst our worries was the shape of the flats, – think of a slice of a circular pie!

The application was withdrawn and replaced with a more credible and down to earth plan for a block of sixty flats.  Although one member of the Planning Committee described the design as “a little bland” it was approved.

The Regency Society had commented that the building “made no attempt to turn the corner in an elegant manner.”  The final building’s curved corner is perhaps a suitable response.

What do you think of the result? 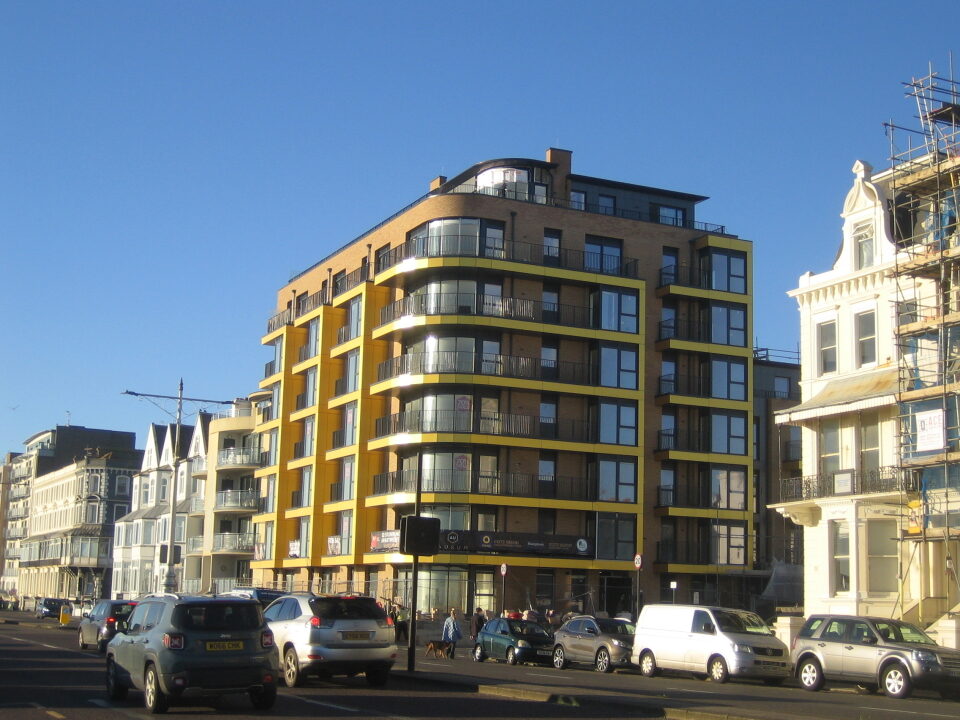