Our second event of the year was almost as different to the norm as the previous one and was certainly as popular. Alison Minns tells the story. 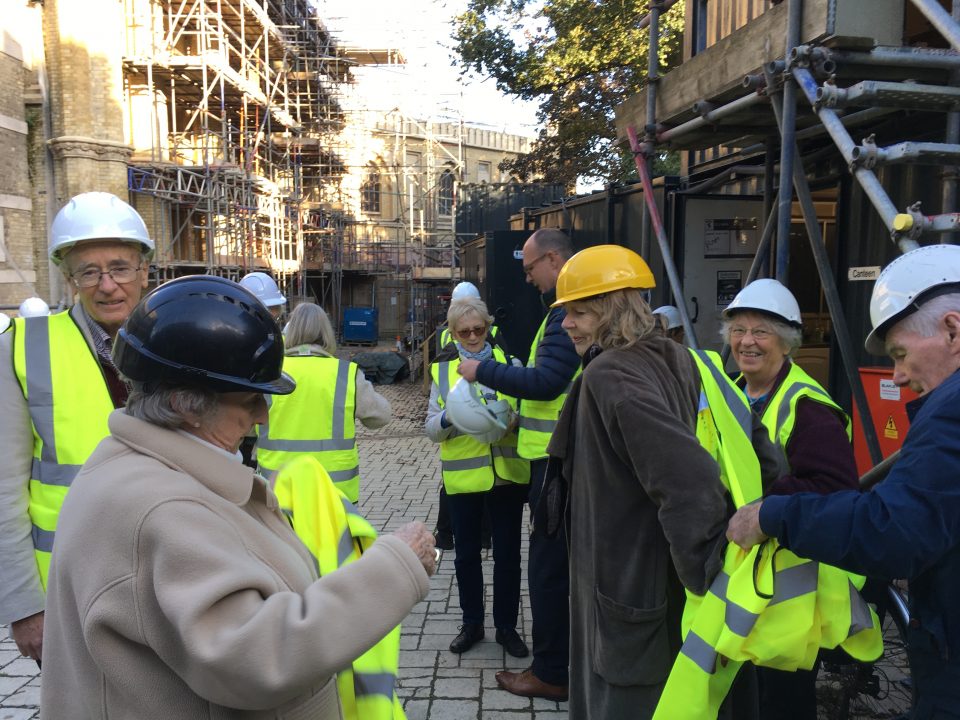 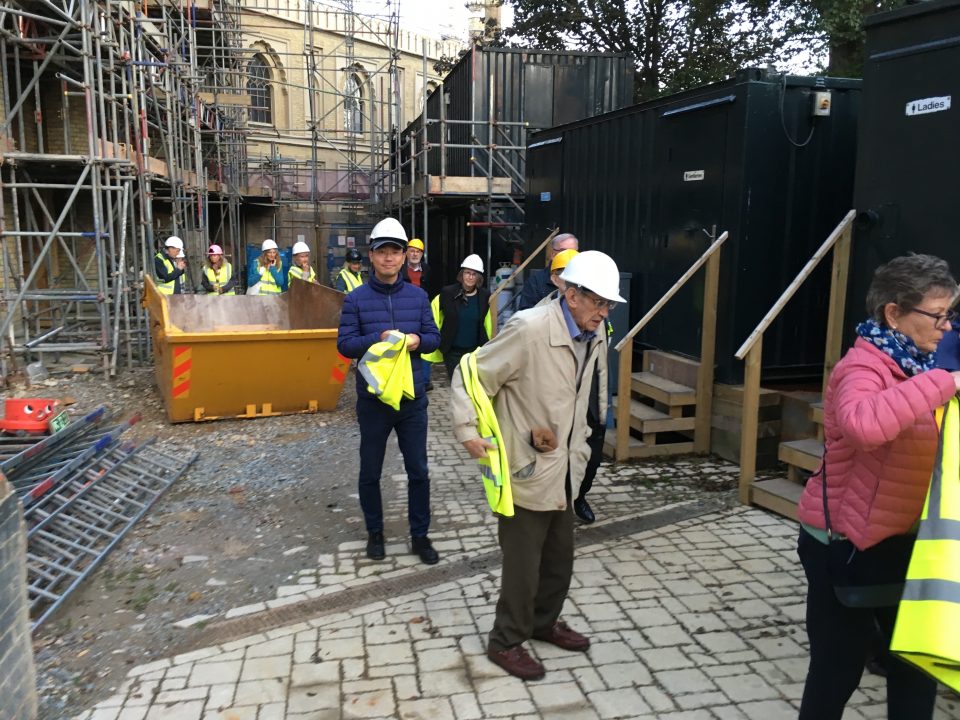 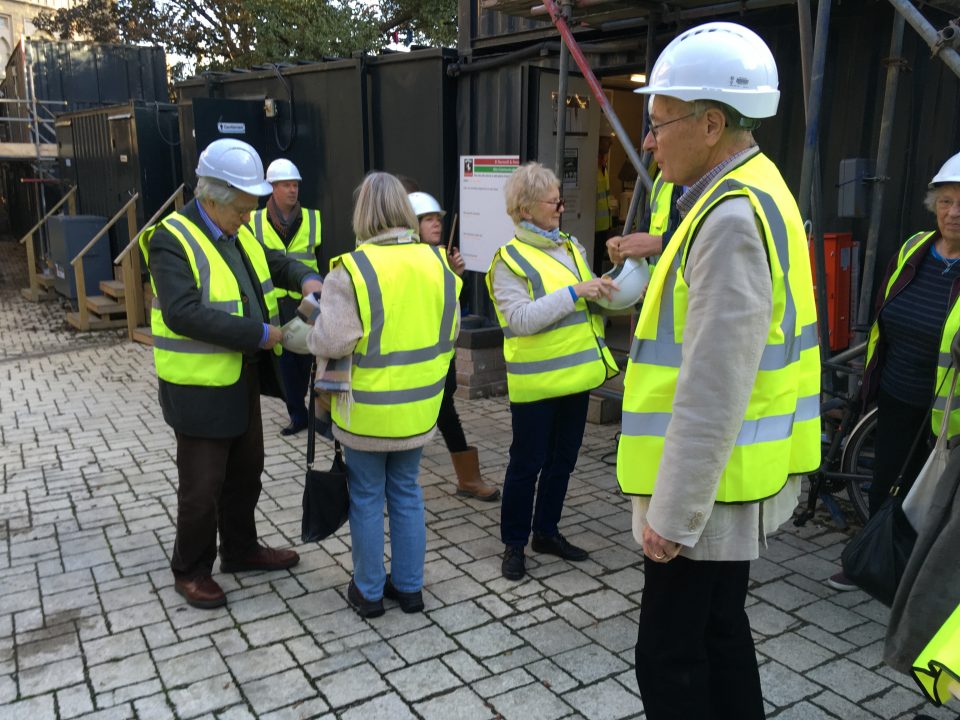 It’s hard to look sartorially elegant in a hard hat teamed with a high vis vest and sensible shoes. It’s hardly a Regency dandy look but stalwart members of the Regency Society who dressed appropriately and who had been prudent enough to put their names down early were treated to a behind the scenes tour of the 200 year old grade 1 listed Brighton Corn Exchange as it undergoes major refurbishment. We felt very privileged as we navigated our way round William Porden’s magnificent building – surely far too elegant a space to house the humble horse.

Chief Executive of Brighton Dome and Festival, Andrew Comben admitted there had been many challenges along the way, not least uncovering a Quaker burial ground on the site as well as the original contactors ceasing trading but Andrew was confident another contractor would be appointed within a matter of weeks.

Our tour was led by project architect Peter Clegg of Feilden Clegg Bradley Studios. As Peter explained the background and the details, we marvelled at the newly evident beauty of the building – the exposed curved wooden roof beams (it’s the widest span timber framed building in the UK but needed a little TLC – invisible strengthening bolts and treatment for rot), the unique decorative windows (now restored), the splendid view from the balcony down the full length of the glorious internal space, the Prince Regent’s private balcony (few of us knew of this feature) and a newly created bar area (a modest yet masterful reclaiming of open space). Many striking features are now revealed, having been hidden by ugly accretions over the years. The refurbished Corn Exchange will be a flexible, accessible venue fit for purpose with added rehearsal space, better sight lines (there will be no need for a raised stage), more storage areas, as well as extra bars (and toilets!)

After our tour we gathered at our new meeting place (The Friends Meeting House) to hear a fascinating though slightly more formal talk by Peter Clegg. He covered the history of the building (originally a riding school) and showed examples of his practice’s previous work including the South Bank Centre and Alexandra Palace. He went on to outline plans for, and progress on our very own Brighton Corn Exchange – a building that is surely at the very heart of what the Regency Society values and cherishes. Congratulations to all concerned for their wonderful vision and for their splendid work so far.

Chair Mary McKean spoke briefly but passionately about her enthusiasm for the new look Corn Exchange and mentioned that it is still possible to donate to the project. It’s hoped the building will be opened in around a year’s time. I expect to see many of you there (a celebratory pre-performance glass of wine in the stunning new bar area, perhaps – though on such an occasion not sporting a hard hat and high vis vest)