If you go down the steps by the pub at Hove Station, you come to the site for a likely and very large development between Ellen Street and Conway Street, one of Hove’s less attractive corners.

The plan is for a major new building of varying heights up to 18 storeys. providing commercial space plus 216 new “build to rent” flats. The development is being called “Hove Gardens”, presumably to reflect the provision of two large roof terraces at first floor level.

This is not the first attempt to create “Hove Gardens” on this site. Back in 2016 an application was submitted for a new building with 186 flats plus some office and retail space. This well-designed scheme was refused by the Planning Committee on the grounds that it did not offer enough affordable housing. In 2019 that decision was overturned on appeal. While there is always disappointment at the lack of affordable housing in new developments, this outcome had a good side to it - the attractive design could go ahead 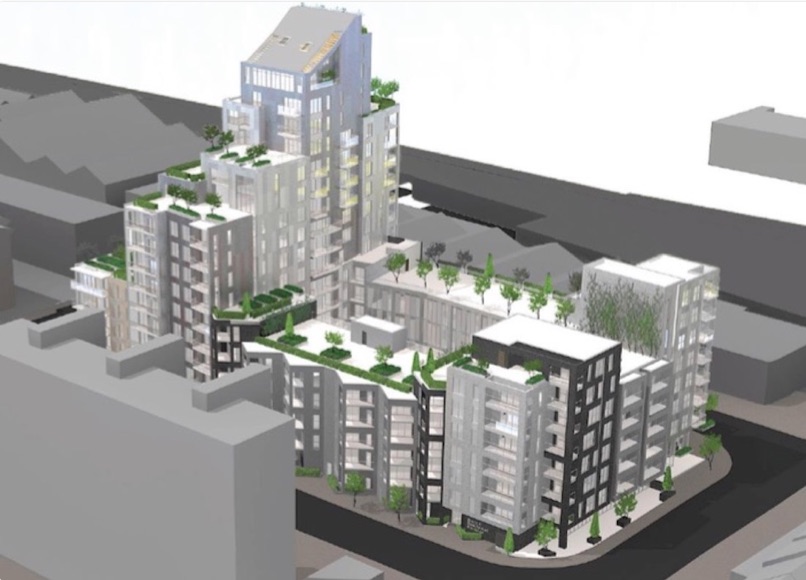 However, the site was then sold and the new owner decided not to build the approved scheme. Instead they have submitted this one. 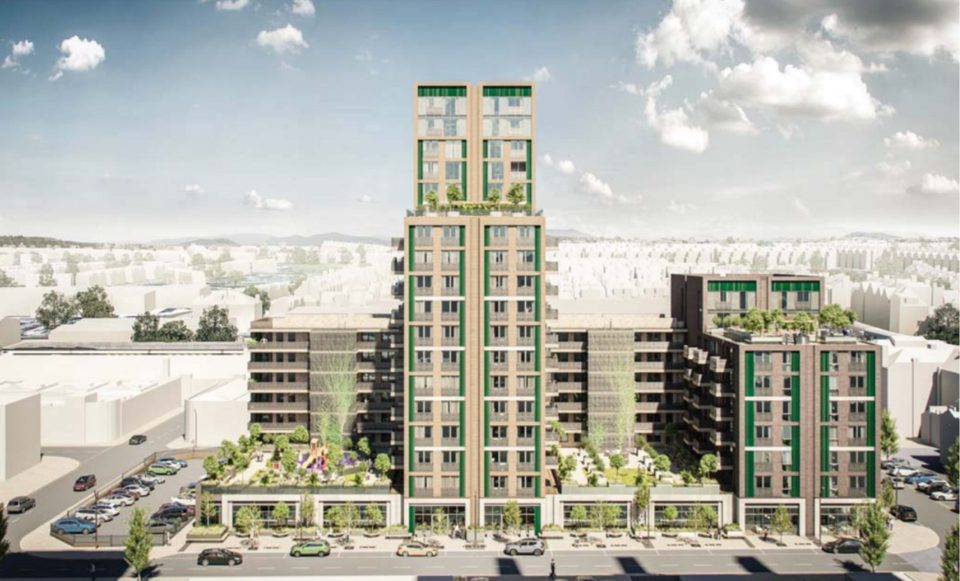 While the Regency Society fully supports the principle of a large-scale, mixed use development on this site, we are disappointed by the proposed design and further by a complete lack of affordable housing.

You can read our full comments here.

The Brighton and Hove city plan recognises the need for significant amounts of new housing to be developed. Much of this need will be met by large scale developments such as those currently underway at Circus Street and Lewes Road.  However some contribution will come from smaller schemes. We have looked at two such schemes recently.

One application is for outline permission for 9 new houses at Sussex Place, just north of the Circus Street development. This former industrial site already has permission for a block of flats.  We believe that the new proposal will result in a much better use of the site but we will look closely at the full details when an application is made for full planning permission.

Meanwhile, not far away is another small scheme being suggested in the North Laine Conservation Area. It is on a vacant plot towards the eastern end of Gloucester Road currently used for parking. If this scheme gets the go-ahead it will not only provide new homes but may also protect the conservation area against the visual impact of the large new building on the site of the former Astoria Theatre in Gloucester Place.