Feature image above - front of listed workhouse, with boundary wall

We have strongly supported the designation as a conservation area of the parts of the Brighton General Hospital once occupied as the Brighton Workhouse. This is a major heritage asset for the City of Brighton and Hove, of great social value and of national importance as the most complete surviving workhouse complex in the country.

The site is of special interest not only for the almost complete preservation of the major workhouse buildings, including the former Infirmary and Lunatic Ward, but also of many of the ancillary buildings without which it could not have operated. The extensive survival of the division into distinct functional areas, and of the separation between men and women inmates, is of particular significance. The social interest as a former workhouse is complemented by its use during the First World War as a hospital for wounded Indian soldiers.

The workhouse site already enjoys considerable protection. The main building (Arundel) is Grade II listed. Its curtilage, for which listed building consent would be required for demolition or harmful alterations of historic structures, logically comprises the whole of the original 1860s site, bounded by Elm Grove, Freshfield Road, Pankhurst Avenue and the service road across the middle of the site. Development within this area would affect the setting of the listed building, as could development within the 1880-90s extension of the workhouse to the west of the service road. 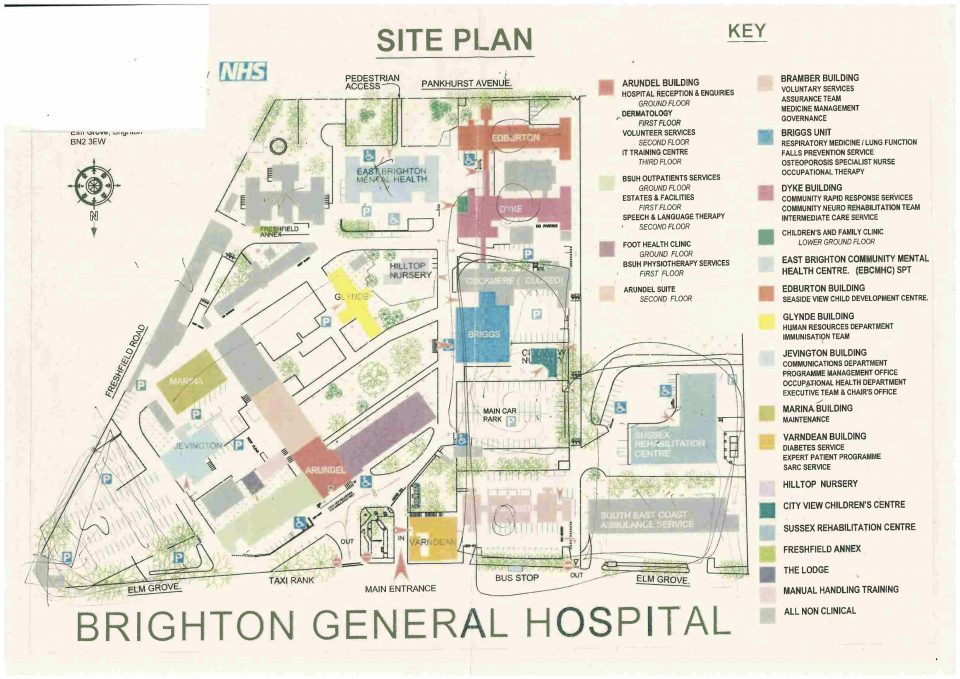 Designation of a conservation area including both workhouse areas would protect historic buildings in the extension against unjustified external alteration or demolition. All development, whether it affected the setting of the listed building or not, could affect the special interest and character of the conservation area, as could development in the remainder of the hospital site, including the ambulance station.

The process of designating a conservation area, like listing a historic building, starts with the appraisal of its architectural, historic and societal value. The value placed upon a historic asset by the local community is a material consideration for appraisal and designation. Their aspirations for future ownership and uses and considerations of development economics, energy efficiency and carbon emissions are not material at this point. These come into play with the production of a master plan for the whole site and with applications for planning permission and listed building consent.

To ensure the most beneficial use of the site it should be treated as a single entity, with a master plan, and not be disposed of piecemeal. We shall seek to ensure that there is proper public consultation at all appropriate stages, before and after disposal.

The Regency Society would value your comments on this. You will receive a reply.