One of the most controversial planning decisions in Brighton and Hove in recent years was the approval for a 40-storey residential tower in the outer harbour at Brighton Marina. This is the area south of the fitness centre, bowling alley and casino that will be constructed from the seabed.

New plans for the site are currently being prepared which will provide 800 new homes, including a tower of just 28 storeys and underground parking. The developers, Brighton Marina Group, aim to create a “piece of the city” on the waterfront.

The buildings will rise from the level of the walkway along the sea wall enabling a much needed, new pedestrian entrance to the Marina from the beach and Madeira Drive. This flat public pedestrian walkway will link to the existing boardwalk.

The new buildings will be finished in re-constituted stone, rather than brick or render and the landscaped squares designed to withstand the severe climate. 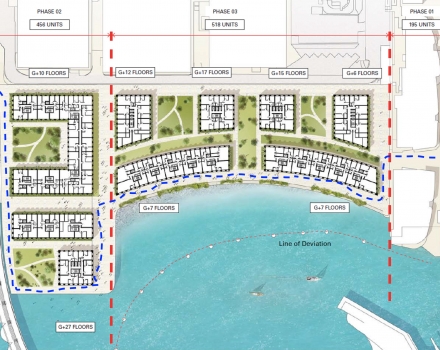 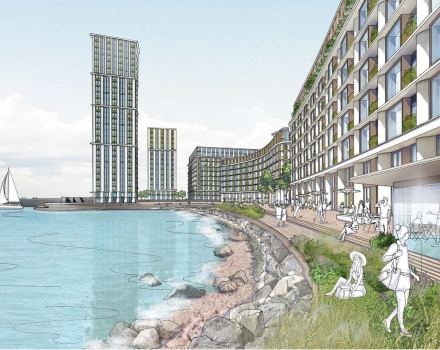 Further details of the designs are to be released for consultation on Wednesday 9thJanuary at the Malmaison Hotel in the Marina, between 4pm and 8pm.