Plans have been submitted for a new hotel in Cannon Place, behind the Metropole Hotel and near the Grand.  It will sit on a site currently occupied by some of the Metropole’s exhibition halls, which presumably are no longer needed. 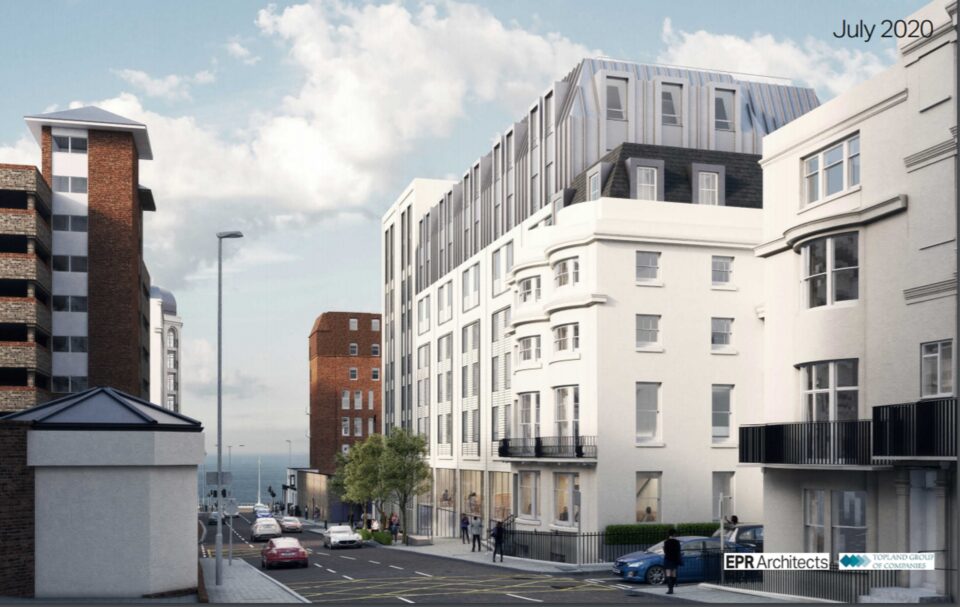 We are supporting the development, which we believe will improve the appearance of this rather sad part of the city centre. In particular, it will result in the welcome renovation of two listed façades on the corner of St Margaret’s Place.

However, we are not convinced by the proposed appearance of the new building.   You can read our full comments by clicking here.

What a place to put it!

There has been a spate of applications recently for large telecommunications masts to be erected at various locations throughout the city.

Generally, we have not been commenting on them, but we have objected to the one proposed for outside numbers 69 and 70 Boundary Road in Hove. The mast itself would be 18 metres high but the main objection is to the large boxes which would stand on the pavement at its base.

The proposed site seems particularly unsuitable since these boxes will stand directly in front of a restaurant whose main window looks out onto to the pavement. 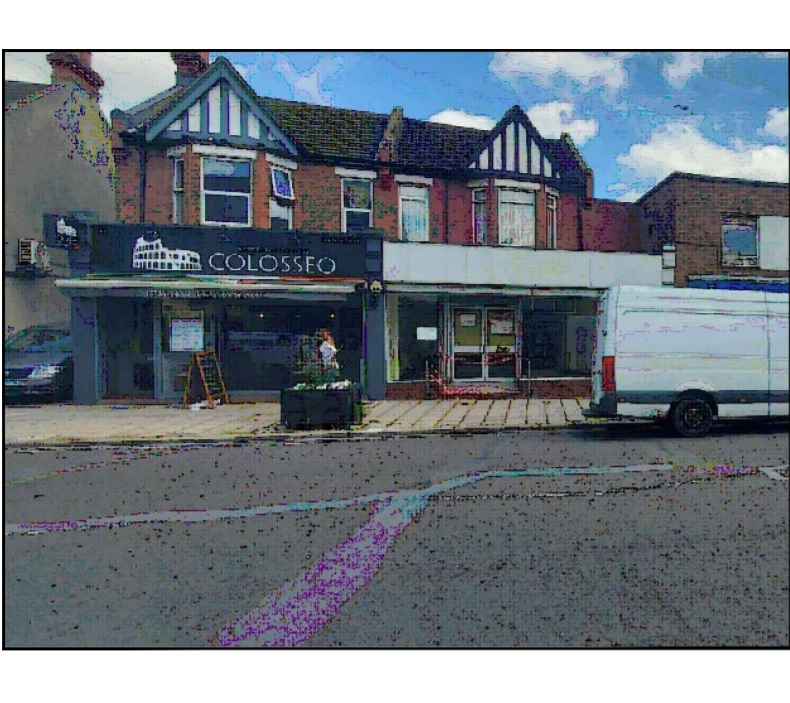 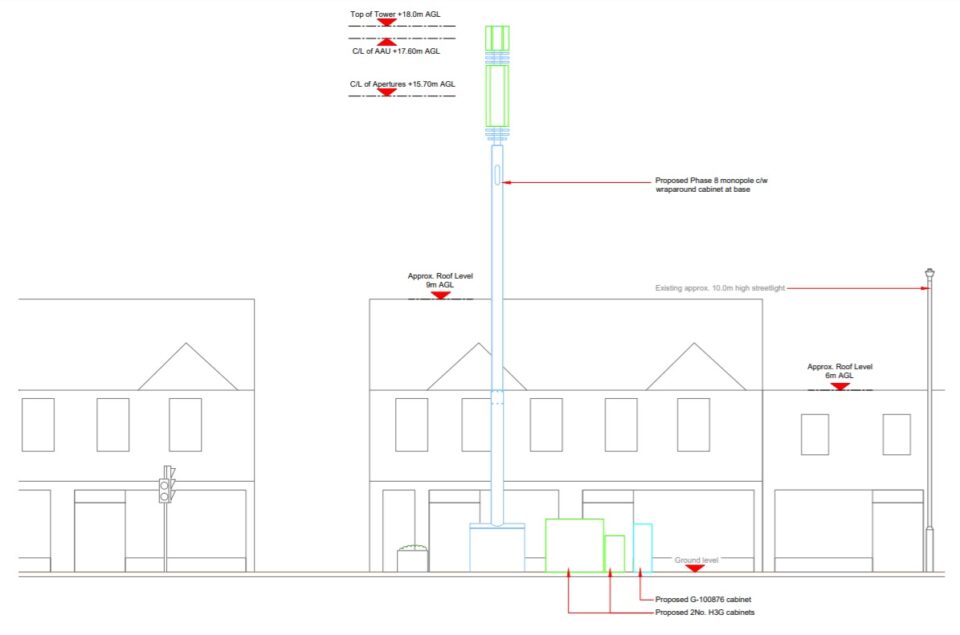 Over 130 public objections have been submitted.

There is currently a full application for this large building on the corner of Wellington and Road and Camden Street in Portslade. If approved it will provide 65 new apartments, each of which will be at or above the national minimum space standard. 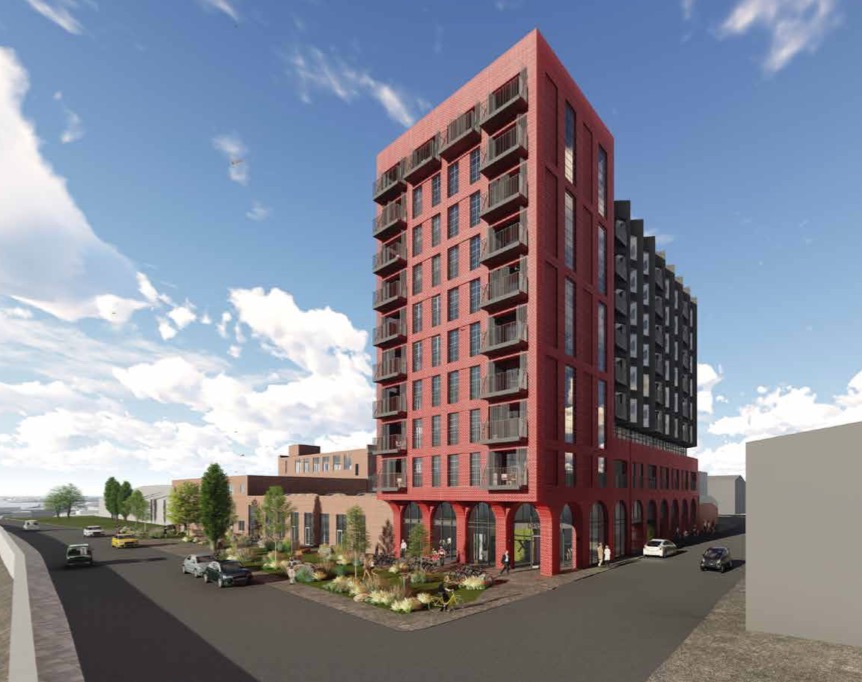 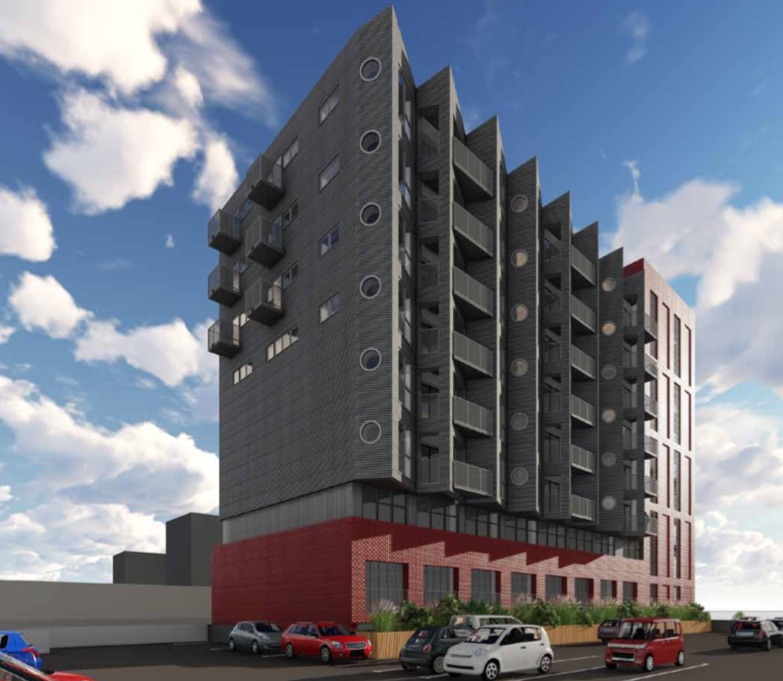 That is only part of the story. Outline permission is also being requested for two more new buildings to the west.  If built these will bring the total number of new apartments to 136, 40% of which will be to let at below market rents. They will also provide employment area. 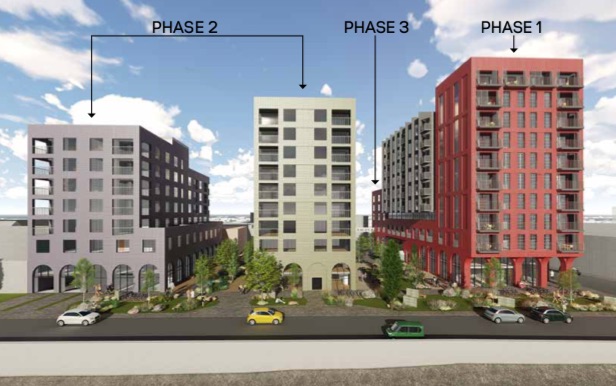 Illustration of all 3 phases 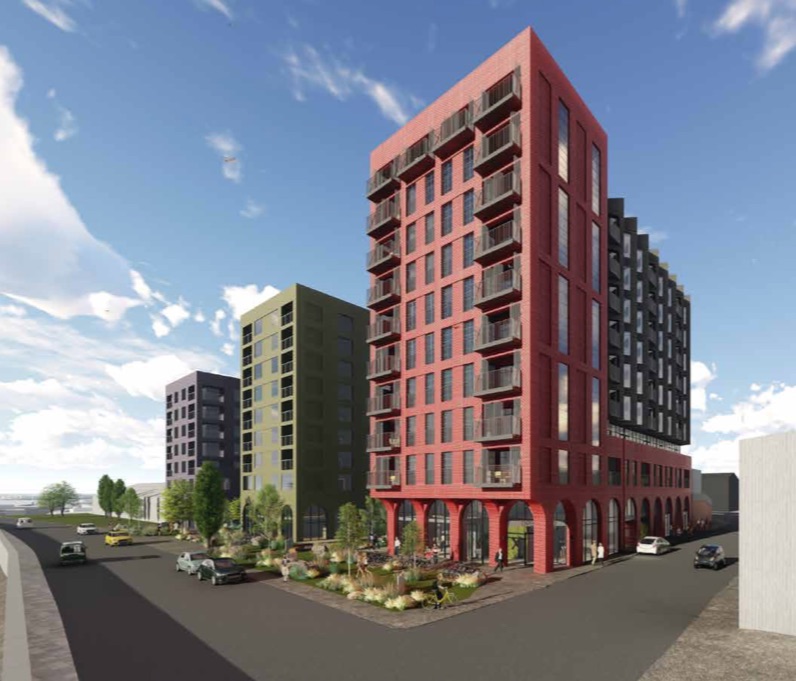 Illustration of all 3 phases viewed from southeast

The housing part of the scheme will be “zero parking”, with an underground car park for the employment section.

The Regency Society supports this scheme. Nearby approved schemes along this part of the coast have set a precedent for tall buildings with little parking. We think that the provision of residential units combined with employment space is to be welcomed in this part of the city.

Our only concern is a doubt about whether the first phase of the scheme would make sense without the other two buildings.

Plans have been published for the re-development of a site on the west side of London Road, immediately north of the Aldi supermarket. The new ground floor will continue for retail use. The 3/4 storeys above will provide accommodation for 156 students.

The existing building has a red brick façade on the upper floors and is of some architectural merit. Red brick has been adopted as the primary material for the front of the new building thus evoking the building it replaces.

The plans show an internal landscaped courtyard, plemty of cycle storage, and solar panels on the roof.  The student entrance will be at the rear, with a lounge and a small terrace overlooking the grassed area in Providence Place. This should improve the rather run-down character of that area.

It takes a lot of confidence at the best of times to invest in new developments of this kind. The proposers of this scheme obviously see a future for shops in London Road and students moving away from home to study. Good luck to them!

Nearing the end of Valley Gardens

The Council’s Valley Gardens Project has already created major changes around St Peter’s Church and Victoria Gardens. Plans are now being finalised for the 3rd and final phase of the project which will cover the area from Old Steine to the Palace Pier roundabout.

Three trustees from the Regency Society met recently with the project manager to find out more about Phase 3. There will be considerable improvements for pedestrians and cyclists; the settings for the area’s heritage buildings will benefit greatly.

The impact on road traffic is more controversial.  The roundabout at the southern end will be replaced with traffic lights. Cases can be made both for and against this change. We were able to make a number of comments on less contentious aspects of the scheme.

We have suggested a pedestrian crossing from the front of the YHA building to allow visitors easier access to Steine Gardens. We also drew attention to the sorry state of Pool Valley which does not create the right impression for visitors arriving by coach.

We suggested that there should be greater provision of electric vehicle charging points to help encourage the switch from petrol and diesel. We have also made a plea against   spaces which pedestrians are expected to share with cyclists. 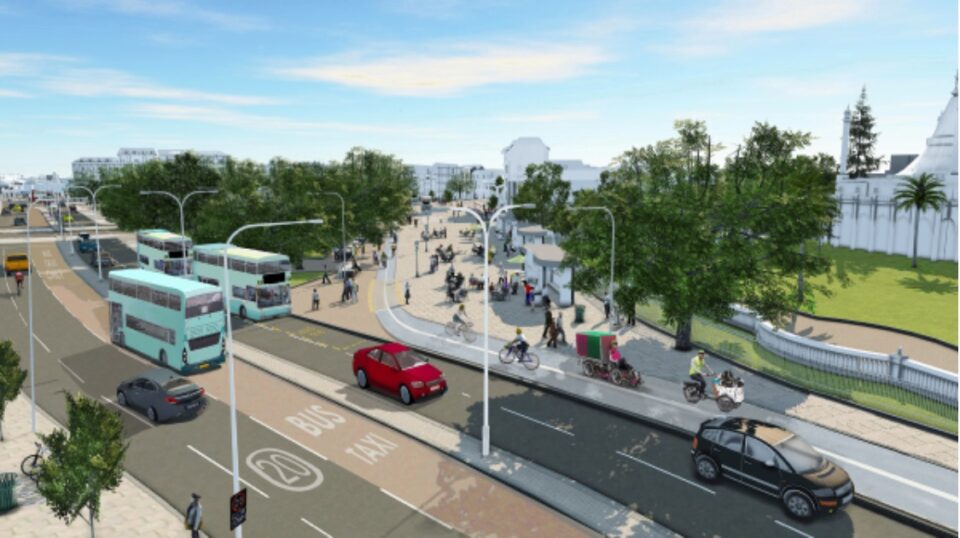 Impression of phase 3 proposal (in consultation)

The redesign of the Old Steine and Palace Pier area covers the heart of the city centre, between the city’s historic Royal Pavilion and Palace Pier. The plans are intended to enhance the arrival and departure experience for visitors to Brighton and reduce severance for pedestrians and cyclists by better connecting the seafront and surrounding areas with the city centre. It will also form part of the council’s wider Valley Gardens plans to create a vibrant and attractive public park for the city centre.