This large family house is interesting but sadly it is disused and in poor condition. It has elements of the “Arts and Crafts” style and is reminiscent of the work of architect Charles Vosey, though it is unlikely he was ever involved.

The current owner wants to demolish it and replace it with a new home for his family. Ideally the existing building should be restored, but this is unlikely ever to happen: the house has been significantly re-configured internally and would be prohibitively expensive to return to its original layout, let alone to bring to modern energy efficiency standards. 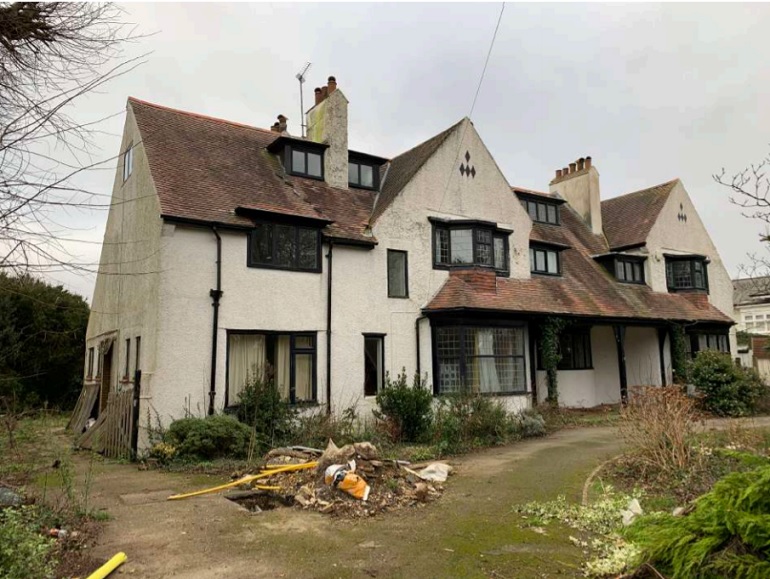 A number of differing designs have been proposed for a replacement, including a rather clumsy mock Georgian building which, fortunately, was refused planning permission. The latest proposal is much more sympathetic to the neighbouring buildings and it adopts some nice design features from its predecessor. 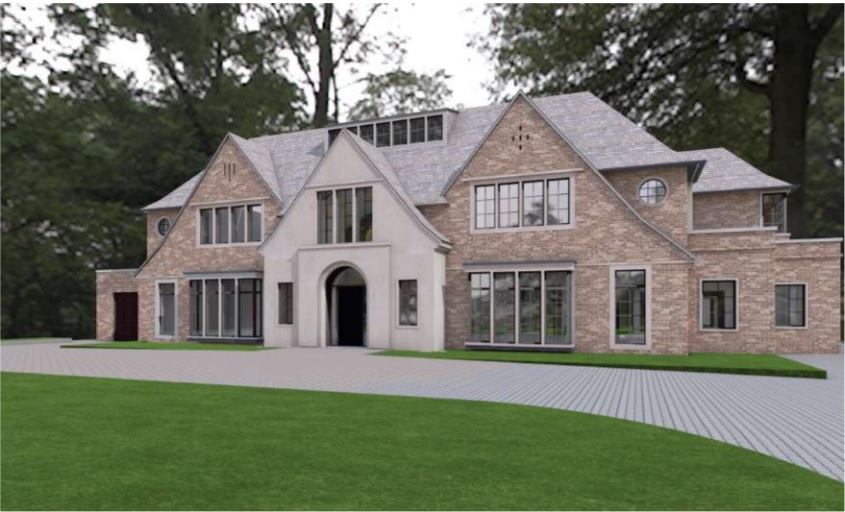 The Regency Society has encouraged the planners to grant permission this time.

We need to keep reminding ourselves that our city needs thousands of new homes. The main solution probably lies in big new apartment buildings, which usually encounter significant opposition, sometimes with good cause.

Meanwhile, all over the city, property owners are looking out of their back windows and wondering if they can slip one or two new homes into their back garden or parking space.

Two examples of this sort of backland development came onto our radar recently. One is in Wilbury Road , Hove, where there is a proposal to demolish 8 dilapidated garages and build a modern two-storey house with “landscaping” and cycle storage. 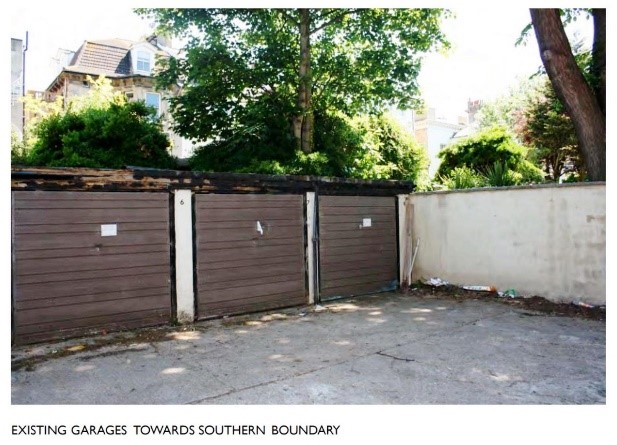 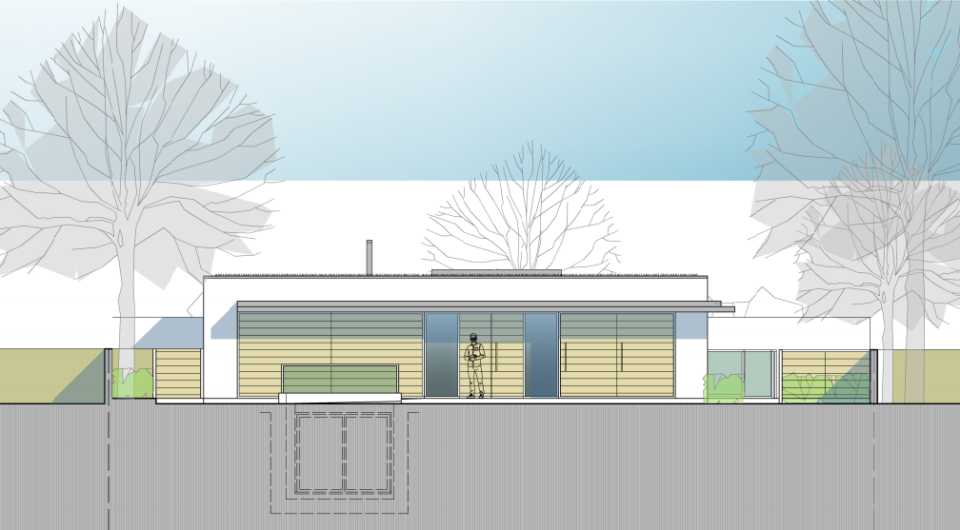 Another is out at Crescent Drive North in Woodingdean where a two-storey modern home is proposed with basement parking.  The existing garden is long so, if the scheme is approved there will still be a good-sized green space between the existing and the new homes.

Section of proposed home at rear of Woodingdean home

Neither of these schemes is going to solve the housing crisis, but perhaps every little helps!

This interesting property was built in 1963 as a Mormon meeting house. In 1993 it was converted as a 4 bedroom home, which it still is.  There have been several previous applications for the site; all have been refused, including one taken to appeal.

This application clearly tries to address the reasons for earlier refusals. A strong case is made by the applicant’s planning consultants, backed up with other specialist reports. The building is not listed, nor in a conservation area. It is in poor condition and is not in keeping with the more conventional bungalows around it.

The proposal is for two new buildings, described as “semi-detached chalet bungalows similar in appearance and scale to the surrounding context, with hipped roofs and subservient dormer windows”. They will provide 12 new flats.