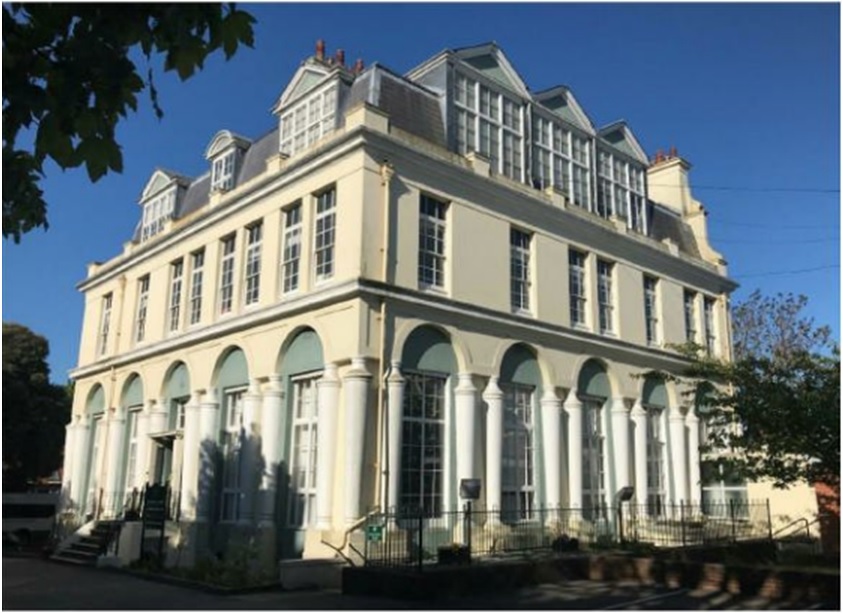 This month brought a second planning application relating to the Girls school in Montpelier Road, this time dealing with the interior of Thomas Read Kemp’s fine building.

We applaud this application, which will restore the Temple to its rightful position as the focus of the school site.  Its entrance will become the principal entrance to the school, also providing an element of public access.

The Temple is very much a multi-period building, having been in a variety of educational uses for all but the first decade of its two centuries of existence. The current proposals will add another layer to its long history while revealing rather than obscuring it.

Another Addition at Brighton College 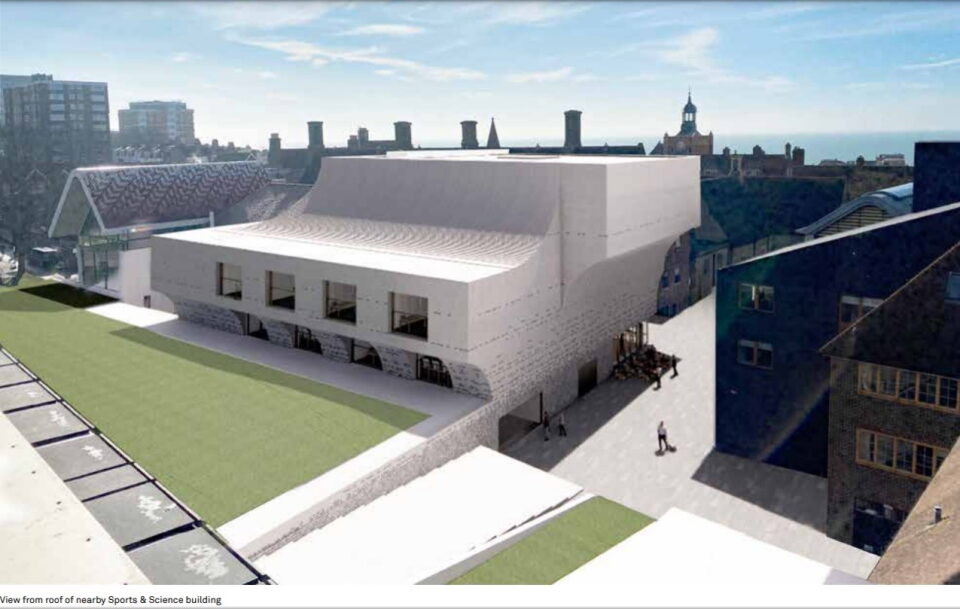 The Regency Society has been supportive of the range of impressive new buildings that have arisen on the Brighton College campus in recent years and which complement the College’s existing listed buildings.

Their latest proposal is for a “Performing Arts Building” to replace three existing, but uninspiring buildings. Historic England was asked to comment on the new proposal. Their response commended the “high quality, innovative design” but suggested that it could appear “overbearing and dominating” from some viewpoints.

They go on the recommend “that the Local Authority explores with the applicant whether the less than substantial harm … can be minimised any further by reducing the scale of the building, so it is not visually dominant or overbearing within the close setting of the listed buildings.”

We believe that the Council’s planners should follow up on this advice and have contacted the Head of Planning to ask whether they will be doing so.

Another step forward for Saltdean Lido 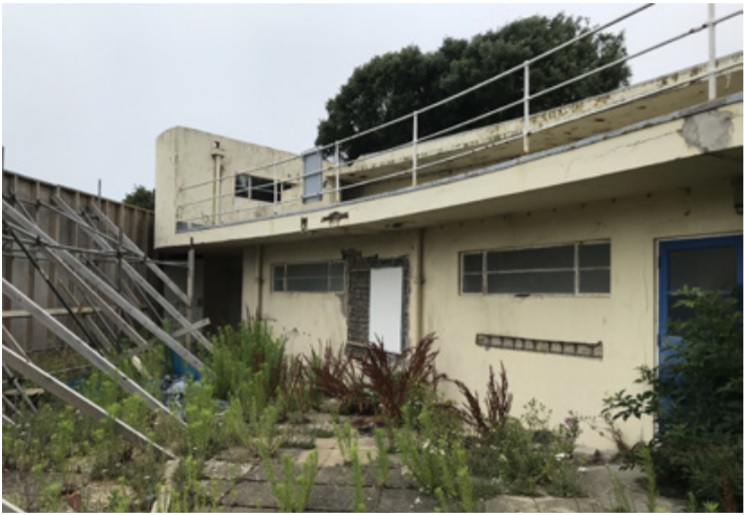 We were very pleased to see the latest proposals for the Saltdean Lido building, which, as this photo of the West wing shows, is in desperate need of repair. We have submitted a minor comment regarding the drawings of the proposed balcony infills, but generally we welcome this proposal which is an important step towards bringing the building back into use.

If approved the work will include repairs and alterations to the render, concrete and balustrading. The café will be enlarged and the flagpole and chimney will be reinstated. A new, “bespoke” spiral staircase will be installed in the enlarged café. 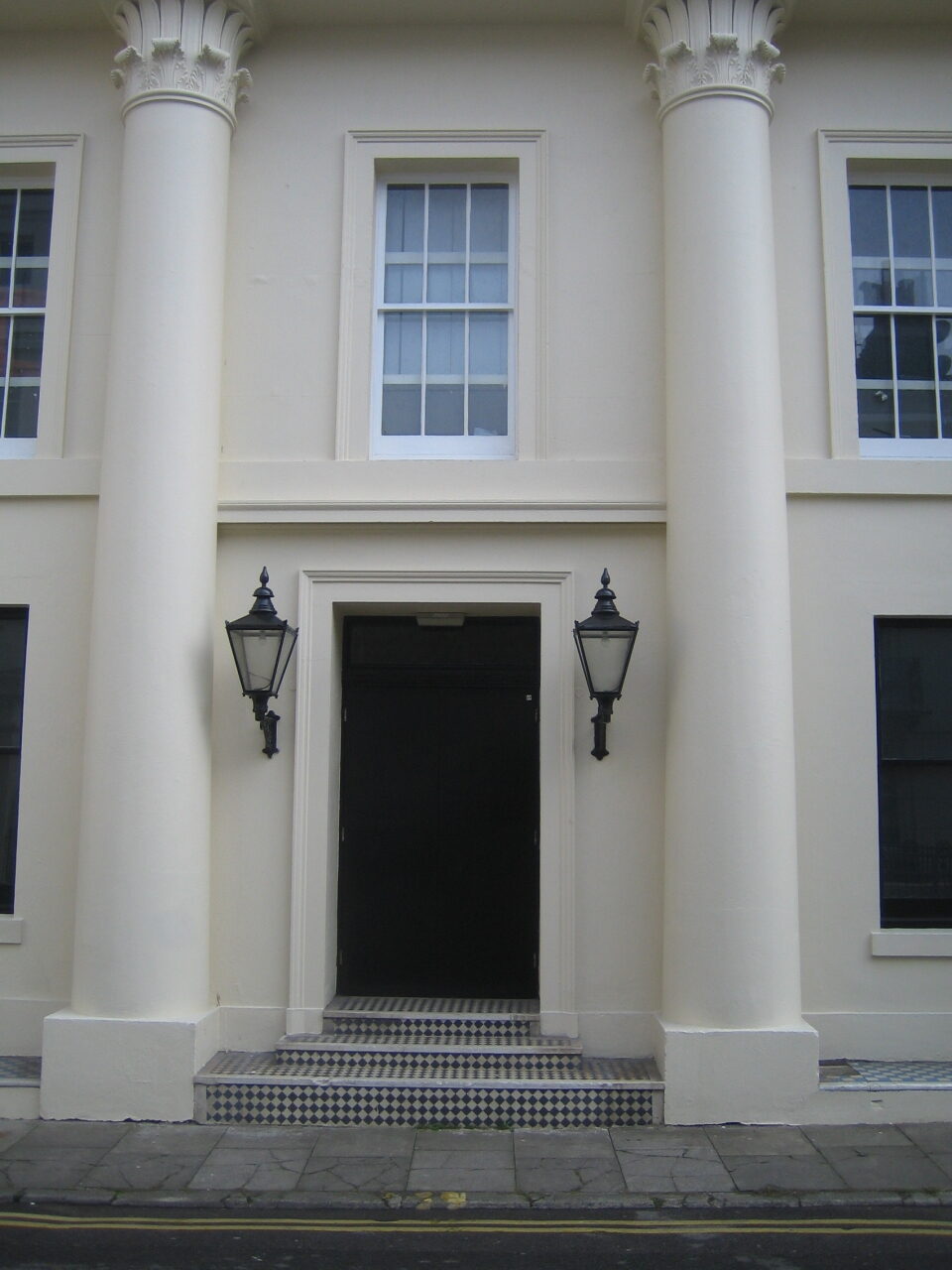 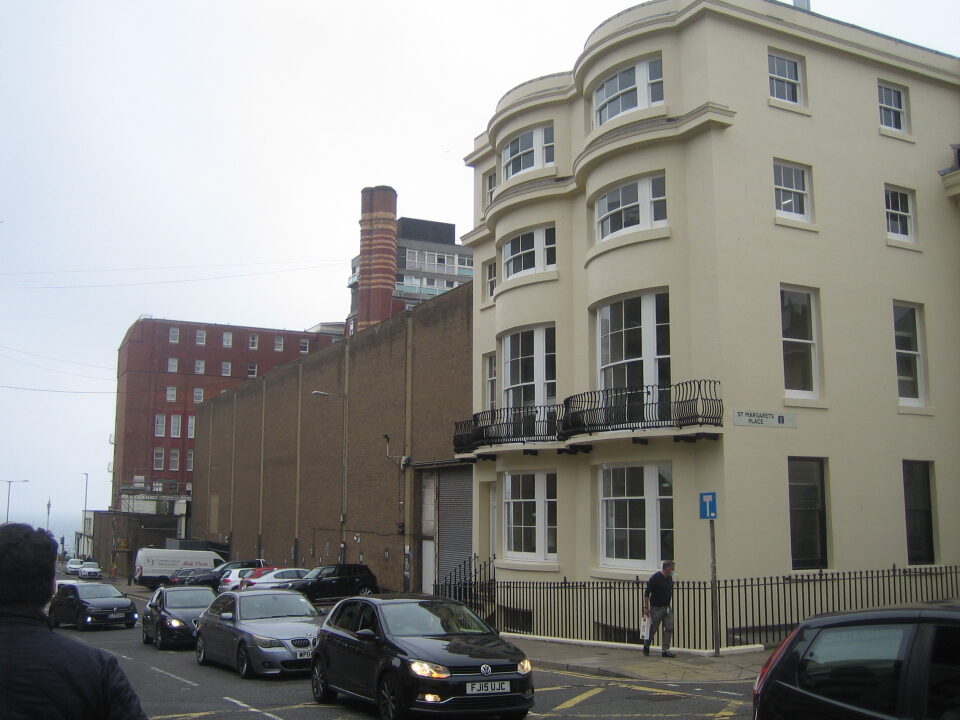 Permission was granted recently for a new hotel in Cannon Place, behind the Metropole Hotel.  As yet, there is no sign of work starting on this major new city-centre building.

However, the planning approval also included renovation of the listed facades of two bow front houses in Cannon Place and of the entrance to the former Newburgh Rooms in St Margaret’s Place.

We’re pleased to report that this restoration work has already been completed.  We now wait with fingers crossed to see how they will look once the new hotel has been constructed around them.