New owners and a new roof for the Hippodrome 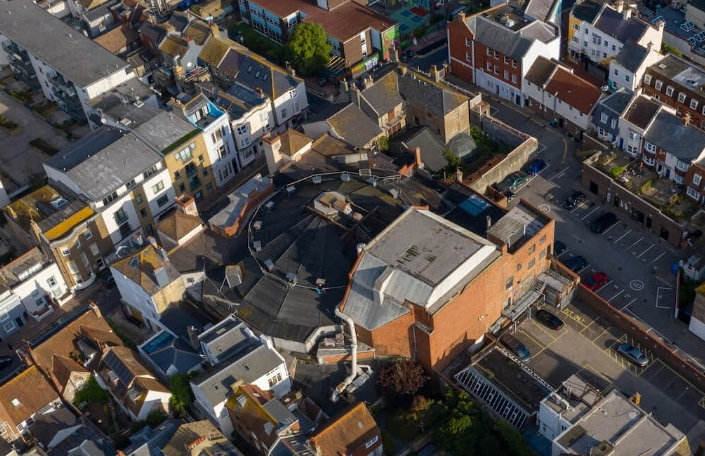 The Brighton Hippodrome in Middle Street has been a sad sight in the heart of the Old Town Conservation Area for many years. Some years ago, after much debate, the Regency Society supported controversial plans to convert it to a multi-screen cinema. The plans were approved but never implemented.

Since then, the site has had various owners. Currently it is owned by Hove property development company, Matsim. They have applied for permission to carry out works to create a new roof, above the current one, which is leaking.

The future use of the site is undecided but work to protect the fabric of this Grade II* building is welcome. 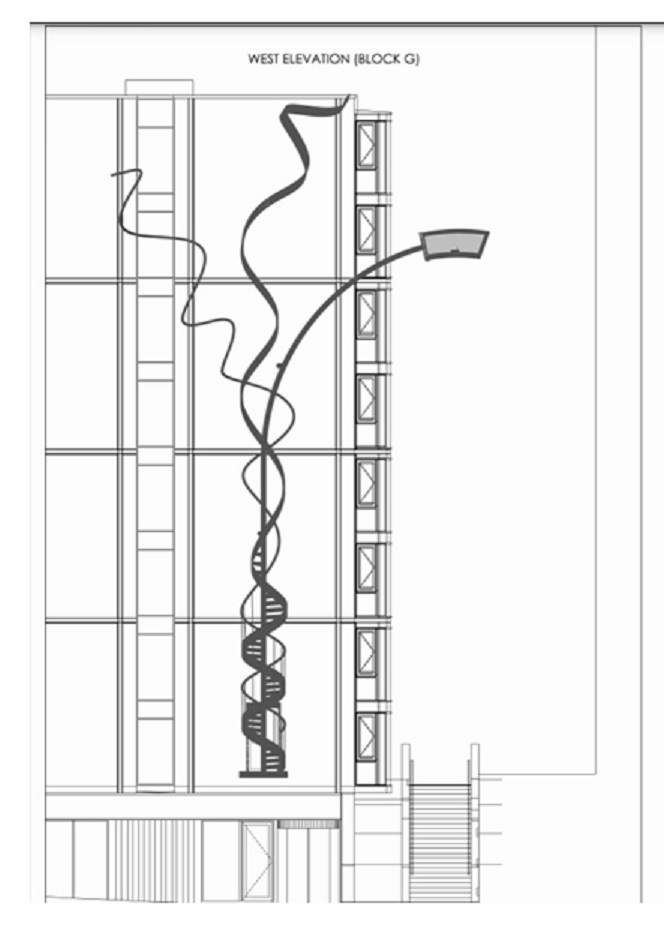 The Regency Society spent much time reviewing the plans to develop the site of the former fruit and vegetable market in Circus Street when they were first revealed. We had useful discussions with the developer, but they failed to convince us that their plans would create the vibrant and sunny open spaces promised.

Several years later, the development is now almost finished and it is possible to walk through much of it.  We said that the buildings would be too tall and too close together, creating potential wind tunnels, seriously limiting the amount of sunlight and creating potential overlooking across the narrow spaces between.

If you have a chance, please take a look and tell us if you think we got it right. Or were too pessimistic?

An additional planning application has recently been approved for the site.  It is for a sculpture to be erected on one of the new buildings. The working title is “Dancing Staircase”: it will represent a spiral staircase which springs apart as it rises up the building: a nice touch of the absurd! The sculptor is Alex Chinnek.

Should Black Lion Street be grey? 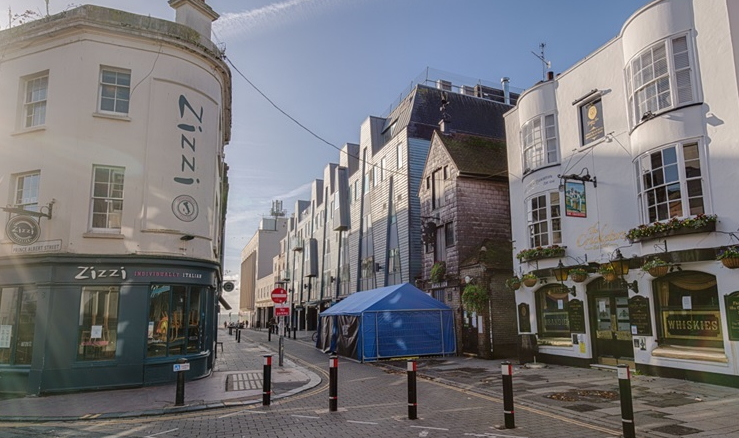 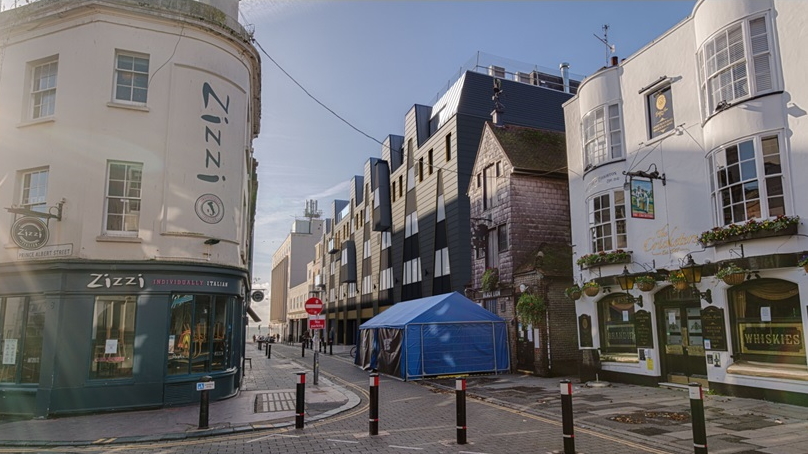 The Regency Society supported a recent planning application for a bold new colour scheme for Moore House in Black Lion Street. The planners disagreed and refused permission on the grounds that the proposed colour scheme would harm the appearance and character of the Old Town Conservation Area and the settings of the neighbouring listed buildings.

A new application proposes a different colour scheme, matching the grey tiles on the Black Lion, which is next door.