Of Trees and Green Spaces 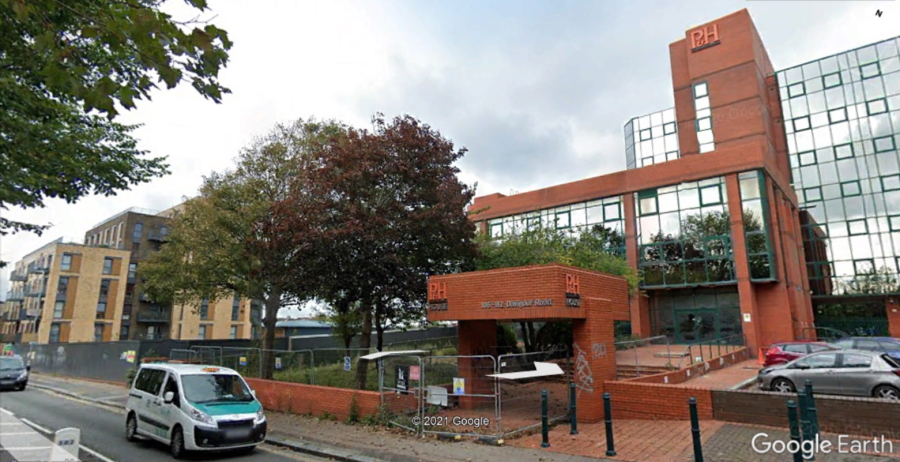 The Peacock Industrial Estate in Davigdor Road is the location for a lot of new development at present.  The latest plan is for a three-storey office block on a plot of land in front of P&H House.

The land is currently a green space with several trees.  We are objecting to the proposed development on the grounds of the loss of green space.  We have also suggested that a master plan should ne prepared for the whole area before any more new development is considered. 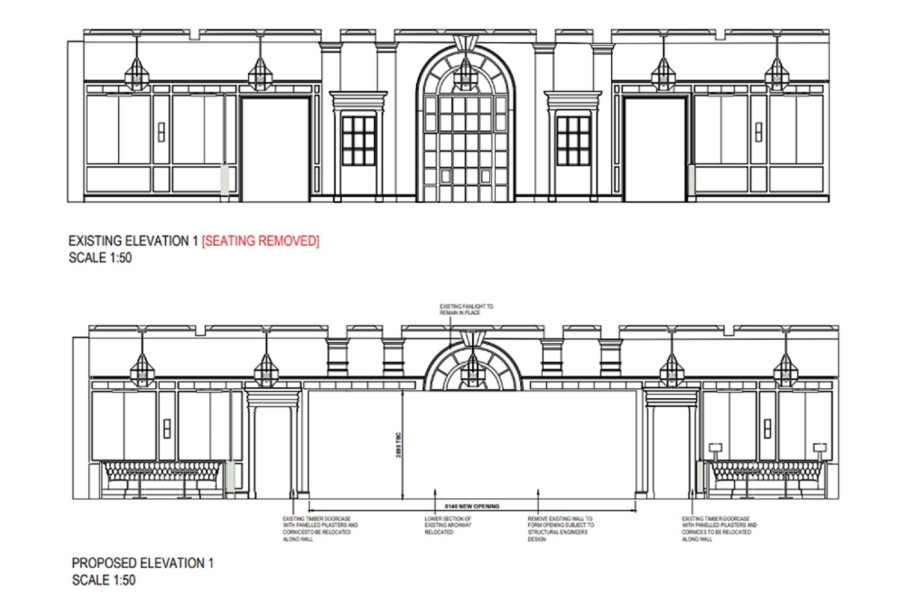 If you have ever eaten in the Ivy in Ship Street you may recognise the original features illustrated in our first image. They serve to separate the front and back of house areas of the restaurant.  The second illustration shows what will be left of them if the proposed changes go ahead.

The most striking feature is the central archway. To leave the arch with its keystone, which is intended to appear loadbearing, without visible means of support would be architectural illiteracy.

Fortunately, the planners have taken a similar view and the application has been refused on the grounds of harm to the architectural and historic interest of the listed building

Making Space Under the Eaves 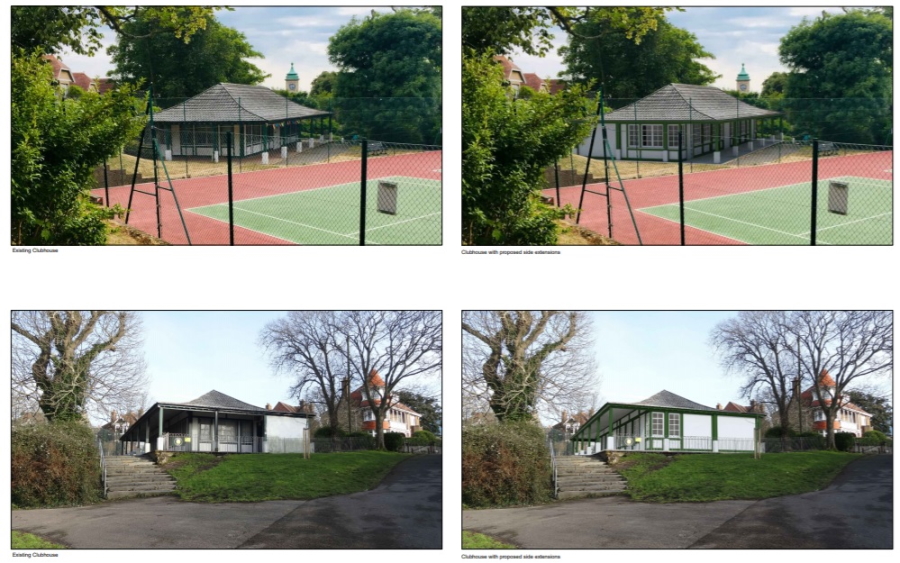 The Queens Park Tennis Club needs more space. Their club house is not quite big enough. However, its roof is bigger than its footprint, so they are proposing to create more space by “infilling” under the eaves.  The new space will provide storage, a seating area and a new disabled WC. A neat solution, which the planners have now approved!

A chapel on the move

A huge re-development project is currently underway at the Royal Sussex County Hospital.  As a result, some historic features will be removed, such as the Barry Building which formed its original entrance and presented an impressive view when looking north up Paston Place.

However, not all will be lost. Thanks to an intervention from English Heritage (as it was then known) the planning permission included a condition requiring the removal and storage of the hospital’s fine chapel. The permission is about to expire so a new application has been made to renew it.  This is welcome, but what is not clear is whether, when and where the chapel will be re-constructed.

Click here to see a view of the chapel interior. 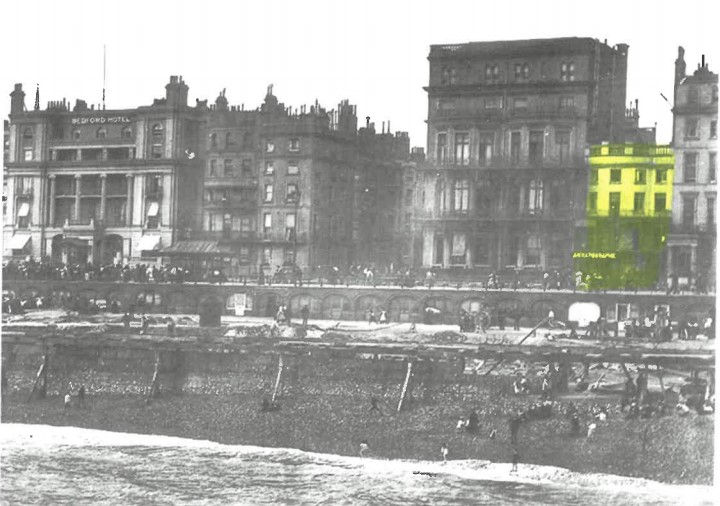 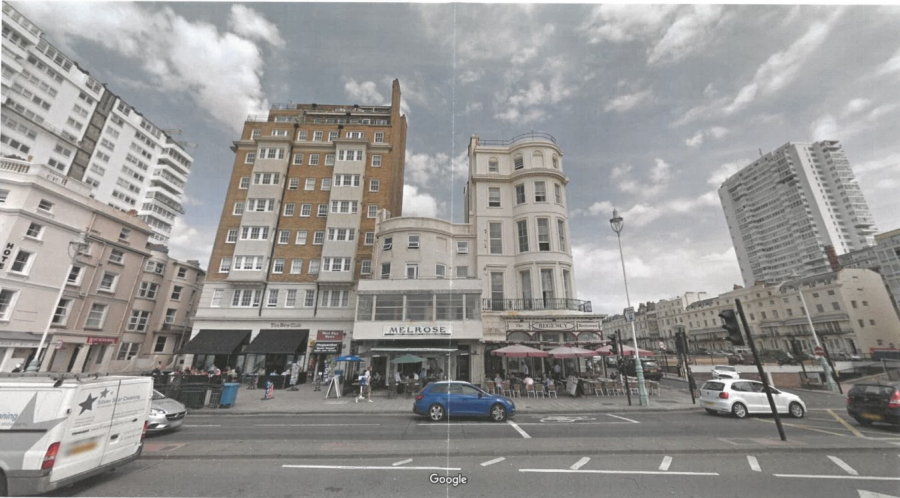 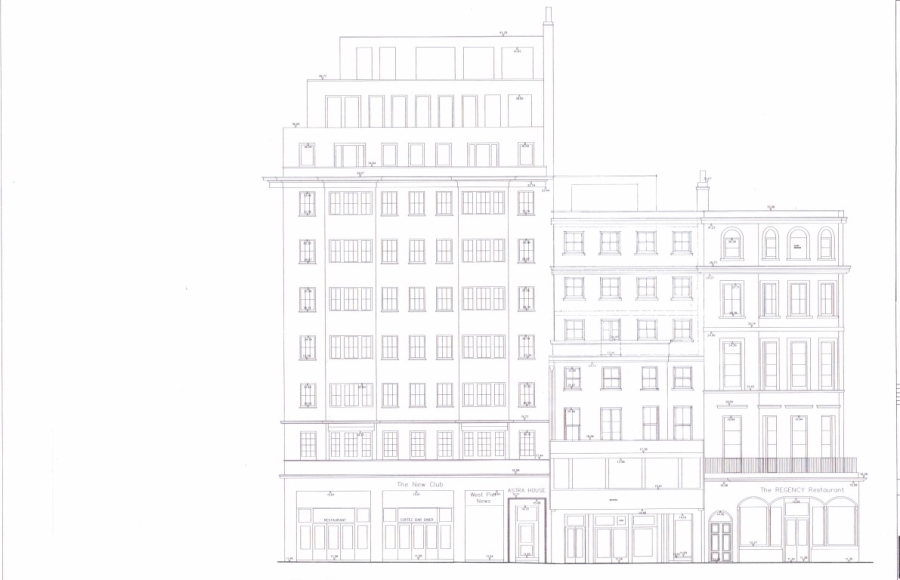 The Regency Society most strongly objects to this application. 132 Kings Road is a heritage asset which warrants at least local listing. The proposals would be highly detrimental to its architectural and historical interest, internally as well as externally.  They would have a severely adverse effect on the character of the Regency Square Conservation Area and on the settings of the adjoining Grade II* St Albans House and locally listed Astra House, of the Grade II* Regency Square and of the Grade II South African War Memorial and the Shelter on the promenade opposite.

The Heritage Statement is a travesty. 132 Kings Road is not as claimed just an “infill building” but the remaining half of a matching pair of late 1790s villas. It is the only survivor of the 18th century buildings between Preston Street and Regency Square and the oldest standing building in Kings Road, older than any of the listed buildings.

The actual auditorium where the “first film show in the UK outside London was held” in 1896 is not within the original building of 132 but behind it in the area outlined in blue on the location and block plans, outside the area of the application. The auditorium is preserved among, as the Design and Access Statement says, the “industrially styled warehouse roofed buildings (Formally [sic] a dance hall or theatre”. The cinema was mainly used as a theatre from 1955.

The Heritage Statement claims that “Following the closure [of the cinema] the building started its adaptation into residential use on all floors above the Art Deco style projecting first floor level”. Residential use of all the upper floors, including the first, appears in fact to have been continuous. The as-existing plans indicate that the original domestic configuration of all the upper storeys has remained substantially intact.

The inter-war excrescence on the first floor was designed for residential use, with multi-pane timber sash windows. To describe its current utilitarian appearance as Art Deco style requires a considerable stretch of the imagination.

The central Brighton seafront has long been characterised by abrupt variations in height, evidence of its historical development. The modest scale of Belle Vue, built during the uncertainties of the French Revolutionary Wars, contrasts with the ambition of St Albans House, built in the peaceful years after the end of the Napoleonic Wars. 132 and 133 were originally brick faced but were modernised with stucco to match St Albans. A century later, Astra House was characteristic of the inter-war development of Brighton and Hove.

Two additional residential units would be a paltry public benefit for the damage to the City’s heritage from doubling the height of a currently unlisted building of merit in a conservation area which forms part if the setting of Grade II and II* listed buildings.