Might the derelict space in Church Street finally be built on? 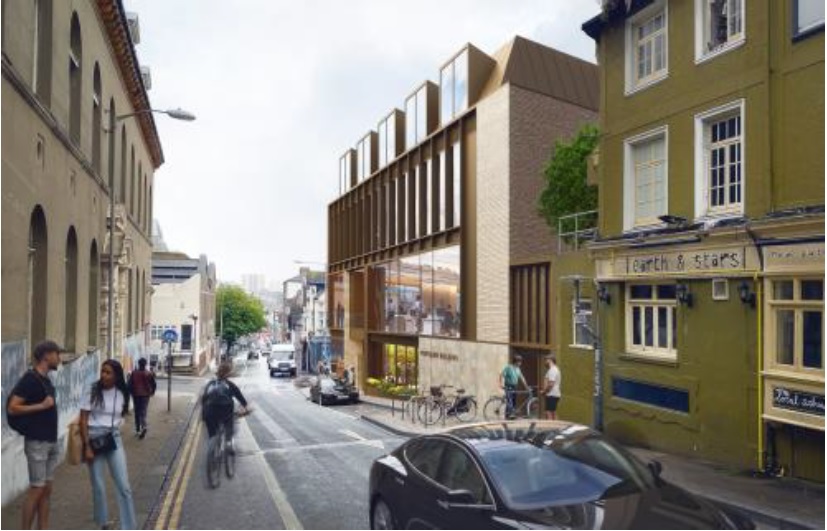 Image of proposed building on Church Street alongside its immediate neighbours.

This site is on the corner of Church Street and Portland Street in the North Laine Conservation Area. It has been vacant and derelict for longer than many of us can remember. There have been successful planning applications, but, as yet, no development has started.

This month we looked at yet another proposal for the site, a four-storey office building with cycle parking and some landscaping which would provide 3,625 m2 of office space and an exhibition space. Opinions within the Planning Forum differed with some thinking there was no reason to object and welcoming the chance to develop the site. Others meanwhile expressed concerns about the impact on the conservation area and the Grade II listed building opposite (the former drill hall).

A cut down cul de sac?

A much smaller application, also in Church Street relates to a short cul-de-sac called Mount Zion Place. It is located just north of St Nicholas’s Church.  The proposal is to close off part of the cul-de-sac in order to increase the size of the neighbouring private garden.

The cul-de- sac forms the entrance to a rather narrow footpath which provides a useful pedestrian link between Church Street and Centurion Road.  Because it is narrow and runs between high hedges and fences, the footway can feel rather uninviting, though it is well-used. The proposed development will make it look even less inviting.

We have decided to submit an objection on the grounds of loss of public space and reduced public amenity. 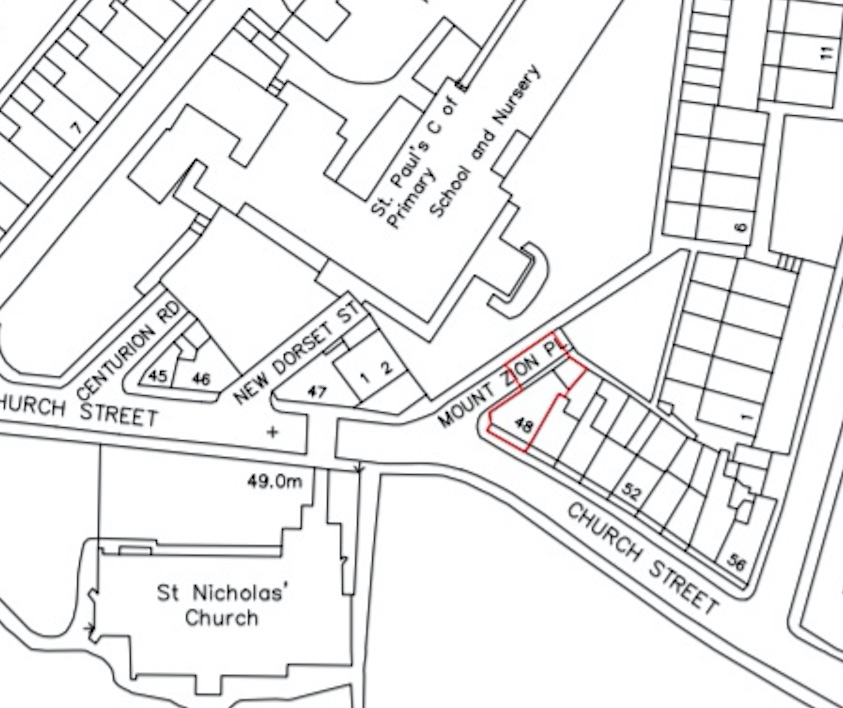 Well, not exactly extending the wire! There is an application to extend for a further 12 months the temporary permission for the catering and leisure structures on Madeira Drive.  The Council’s heritage team has pointed out that the appearance of the temporary structures needs to be improved. They have also drawn attention to essential works needed at beach level to the projecting canopy plinth and supporting structures.  We agree and hope that an extension of permission will be granted on those conditions. 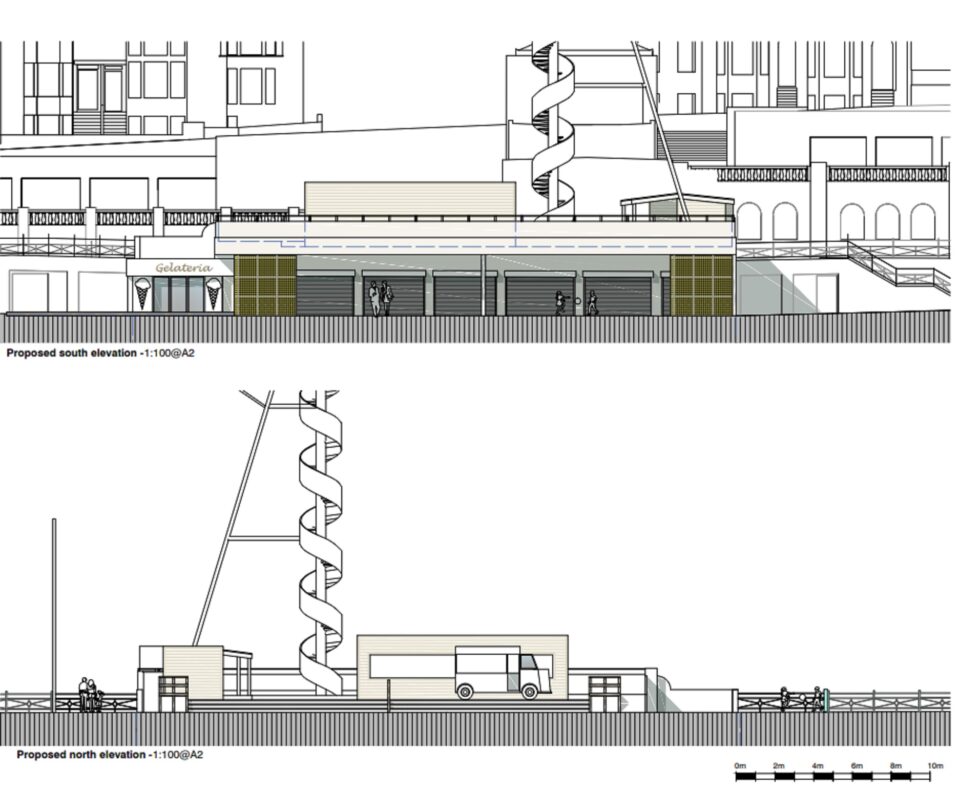 A doorway in the Lanes: calming the columns

Nile House is an office block with retail and catering outlets on the ground floor, built in 1989 in the then fashionable, post-modern style. 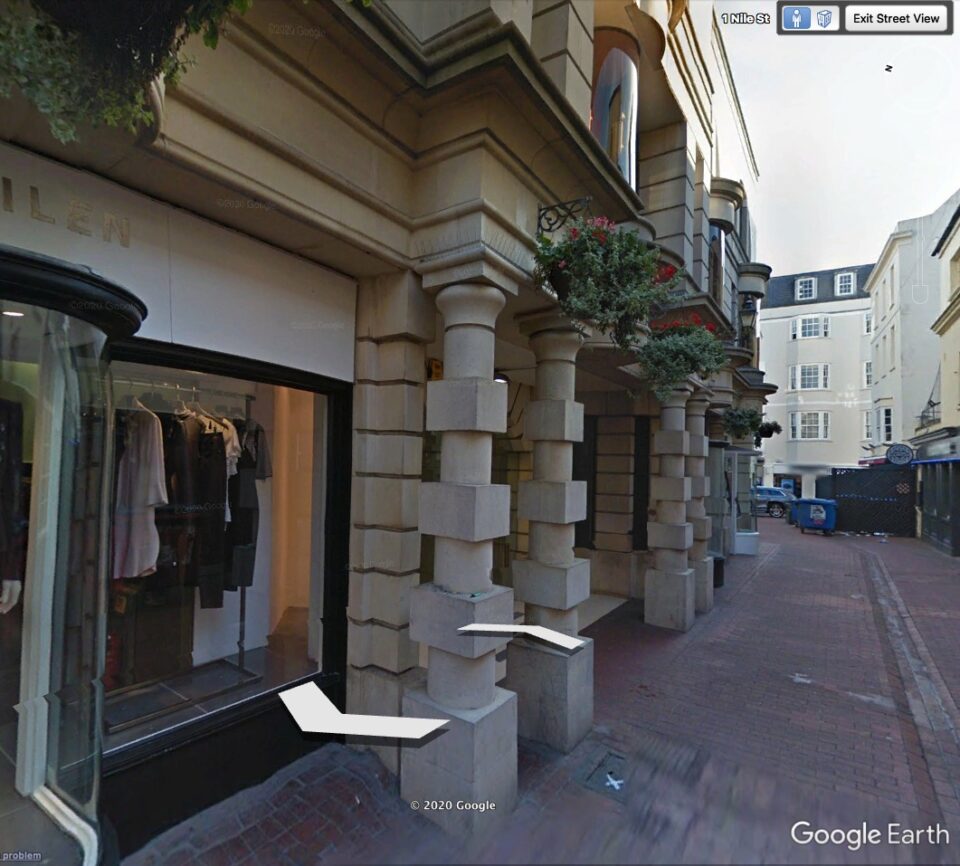 View of columns to be calmed

The main entrance, midway along the Nile Street frontage, is in a somewhat incongruous “Edwardian Baroque” style, with alternate courses of the paired flanking columns being square blocks; there is a a rusticated inner archway with frameless swinging glass doors to the draughty lobby.

The proposal is to simplify the columns to match those to either side, to remove the archway and to install energy efficient sliding glass doors. The porch would be flanked by planters between the columns.

We don’t believe that this would be detrimental to the character of the conservation area, even if it could be seen in full elevation. Nile Street is actually so narrow that the alteration will only be seen close-up or at an acute angle.