UPVC or not UPVC? 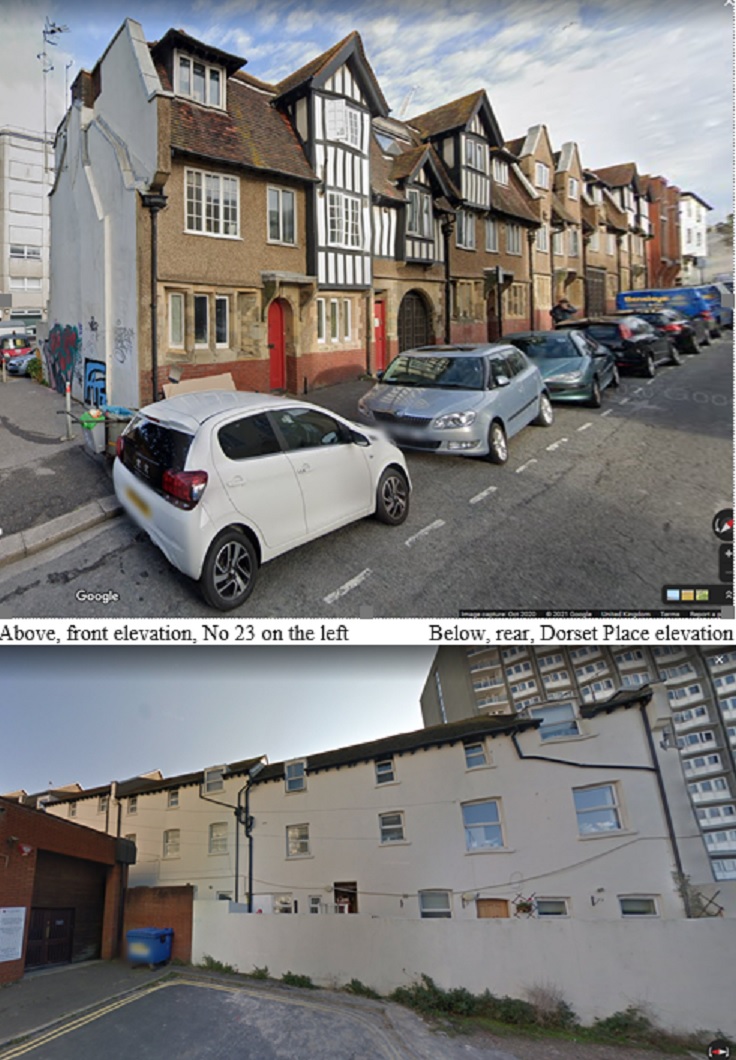 23-30 High Street, Kemptown was built in 1910 by the prominent and versatile Brighton architects Clayton and Black in the Arts and Crafts style. It is of particular interest as an early example of Brighton Corporation Housing. It is Grade II listed and in the East Cliff Conservation Area.

The three-light windows on the first and second floors of No 23 provide the model for the proposed replacement of the UPVC windows on the front elevation. They are replacements of UPVC windows which were out of keeping with the rest, having top lights to some of the casements. Their design was based on comparison with surviving original windows in nearby buildings by Clayton and Black.

The proposed replacement of the windows on the front elevation is welcome, subject to approval of the details. The rear elevation is visible from Dorset Place and the replacement windows should be in keeping with the timber originals.

To have simply commented on this application would not be a sufficient expression of opposition to the proposals as they affect the rear elevation and so we have objected.

A rabbit hole on the roof

Before part 1 of the City Plan was approved back in 2016, the planning inspector who was reviewing it said that that the city would need to “look down every rabbit hole” to find space for more homes. A developer has found one such opportunity at Thompson Road in Hollingbury.

The proposal relates to an existing block of 28 two-bedroom flats. The plan is to erect an additional storey on the building to create 12 new flats, 8 one-bed and 4 two-bed. The development would also provide balconies for the existing second and third floors.

The site is on the side of the Lewes Road valley. It falls away fairly steeply towards the railway line. As a result, the impact on the houses opposite is minimised. 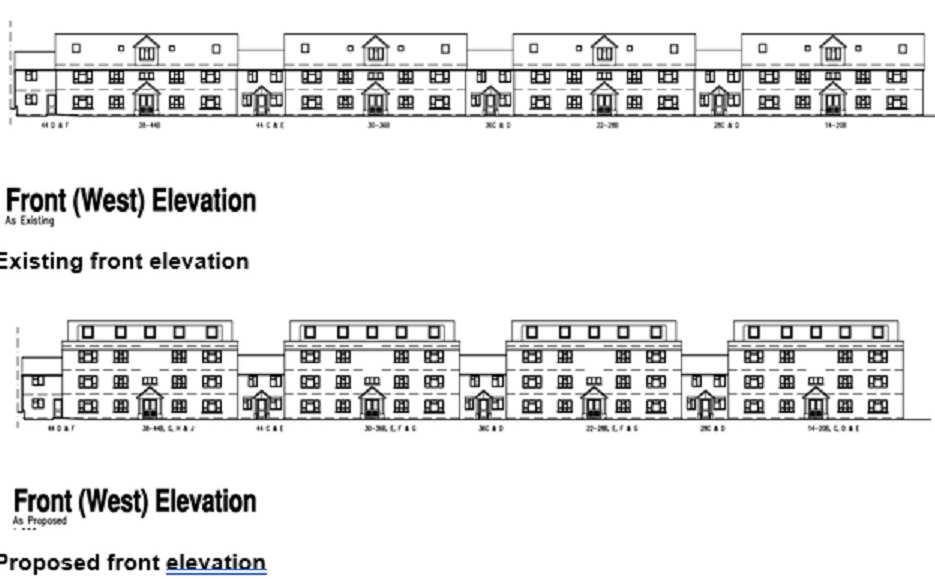