“Brighton Girls” is the new name for what many will know as the Girls High School in Montpelier Road.  It is not only the name that is changing: a planning application is currently being considered which, if approved, will enable some notable changes to the site.

Other changes will remove parking from in front of the Temple (Grade II listed), the original house built by Thomas Read Kemp (creator of Kemp Town), who lived there for several years from 1819.  The main gates leading to the front door of the Temple will become pedestrian only.

The application also covers the introduction of substantial areas of new landscaping and biodiversity enhancements.

The Society welcomes these proposed developments. Click here to read the full comments we have submitted to the Council.

At the point where Denmark Villas becomes Cromwell Road there are two large 19th century houses, typical of the area. Neither is a particularly well-preserved example of their type. However, the street-scene is much more degraded by the ugly gap between them, currently occupied by a garage and two parking bays.

The proposal is to demolish the garage and replace it with a tightly planned, two-bedroom house with lower and ground floors. It has been designed to appear to be a service wing to 58 Denmark Villas, to its left.

The result would be a distinct improvement both visually and in terms of the use of space.  We are supporting it. 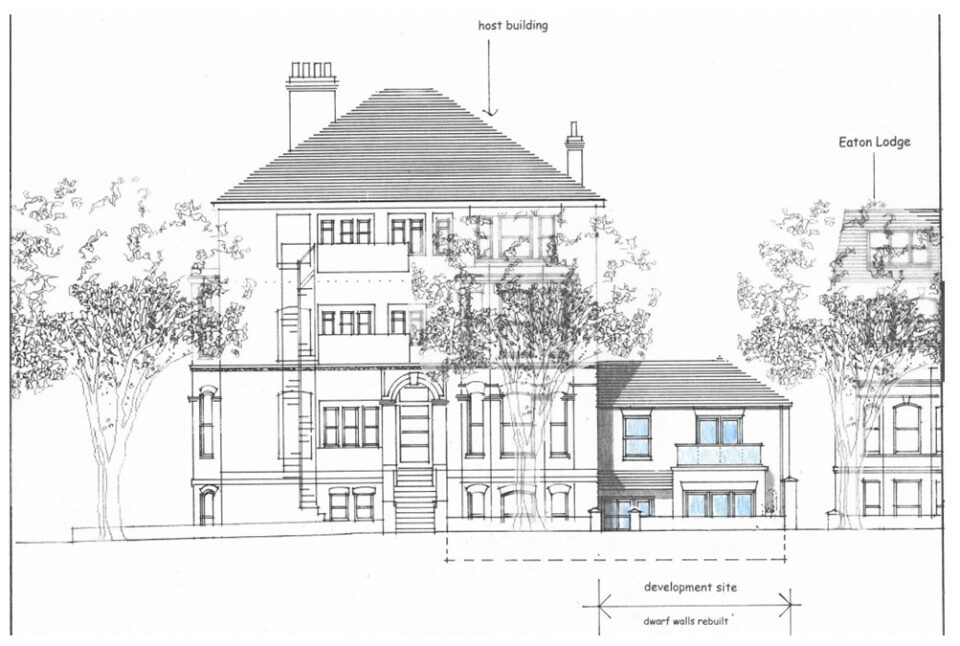 What about the Walkers?

46-50 Kings Road is a restaurant on the seafront just east of the junction with Middle Street. Like many businesses in the area it has outdoor seating, which, in this case takes up more than half the footway. To make matters worse, two on-pavement parking bays have been created alongside.  The result is a very narrow section of a busy footway.

Our attention was drawn to this slap in the face for pedestrians by a planning application to allow for glazed screening around the restaurant’s outdoor seating. We have no objection to the screening, but we believe that the parking bays should be removed to increase space for pedestrians.  So, we are objecting to the application, arguing that it should only be allowed if the parking bays are removed. 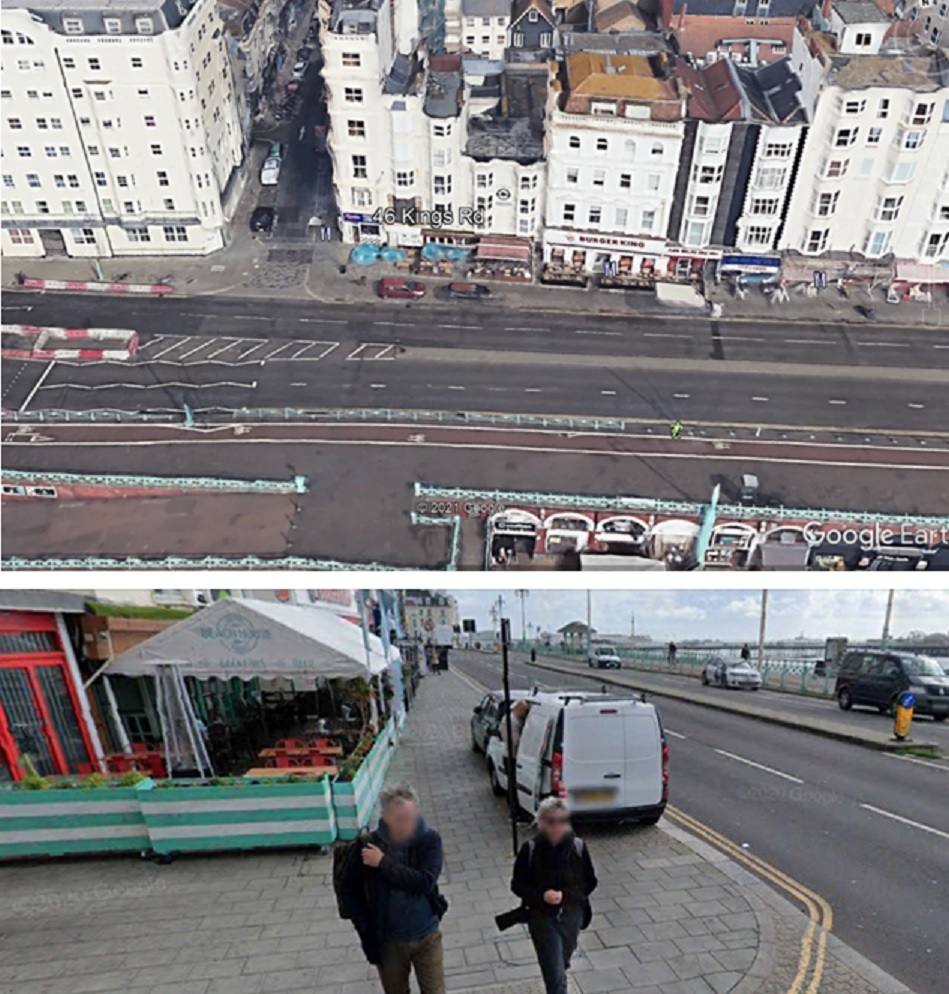 We seem to be focussing very much this month on the Denman family’s architectural contributions to our city.  David Robson is presenting two talks on the subject, meanwhile the Planning Forum has been looking at proposed changes to one of John Leopold Denman’s major buildings in central Brighton.

It is the Grade II listed, “Allied Irish Bank”, located in Marlborough Place. It first opened its doors as the Citizens’ Permanent Building Society in the 1930s.  The proposal now is to create three new apartments within the building, in addition to two which were approved in 2020.

No changes are proposed to the street elevation. The changes to the rear elevation will, with one exception, improve the building’s appearance. The exception is the introduction of an extract duct across the flat roofs from the ground floor restaurant. This duct has been assessed for predicted noise generation by the applicant and found to be satisfactory for a city centre site.  The removal of the existing metal fire escape and some of the cooling units is welcomed.

The ground floor use will be changed to a “restaurant”, but this will not require planning permission since it comes with the same use class as the previous bank.

If you look closely you will see a stone relief carving of John Leopold Denman in one of the arches of the street elevation.

We welcome the ‘recycling’ of this fine building. 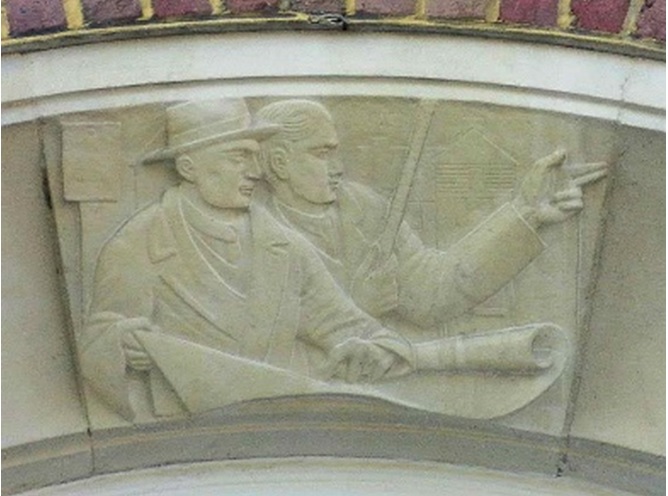 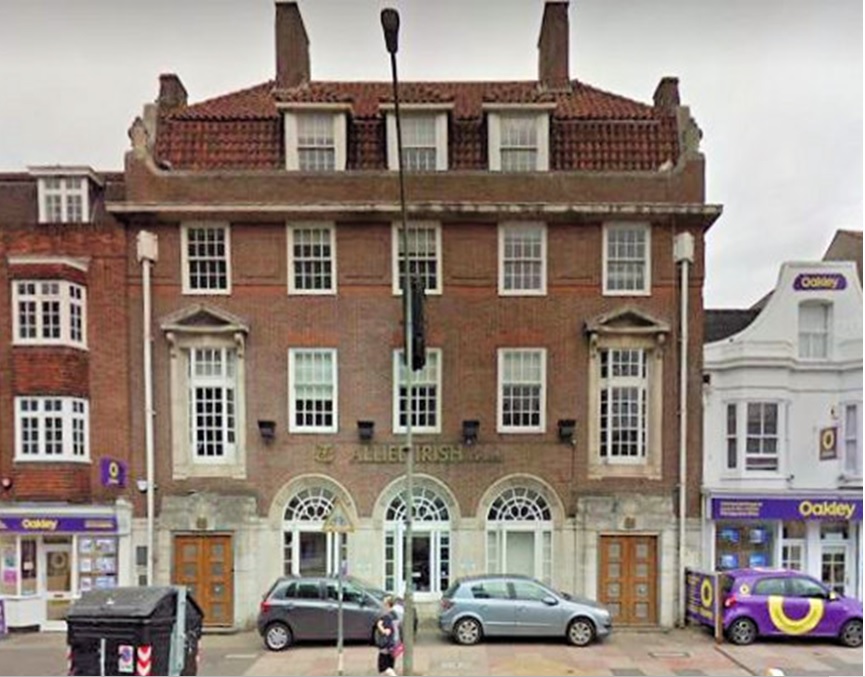