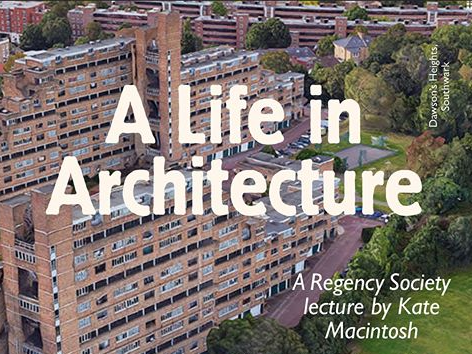 Our lecture in February was appreciated for its demonstration of how a local authority architect (when we had them), could, with a social, moral and fine design approach to spaces and buildings, nurture inclusivity and create community. Kate Macintosh's excellent lecture was recorded. We need to be reminded of its lessons. Listen again.

Kate Ormond reflects on an interesting day out led by David Robson with occasional delights 'off-piste'.

You may have heard Nicola Westbury’s interesting lecture about her conservation work as architect to the Churches Conservation Trust on St Botolph’s in Steyning and Holy Sepulchre in Warminghurst. To accompany the lecture RS members and friends joined a study day to visit these and other ancient West Sussex churches, many created for communities dependent on the navigability of the River Adur. As the river silted up and livelihoods were lost, people moved on, congregations dwindled, and Downland churches fell into disrepair.

While not quite Downland, we began at St Mary de Haura in Shoreham, a Grade 1 listed building of 11th century Norman origin built for a once thriving city whose history has been determined by river and sea. It is unusual among English parish churches in having a stone vault soaring above the three tiers of arcade that transition from Norman to Gothic and supported by flying buttresses. Perhaps more unusual are the columns of the arcade that are different on each side – those to the north alternately round and octagonal, to the south more complex and uniform. 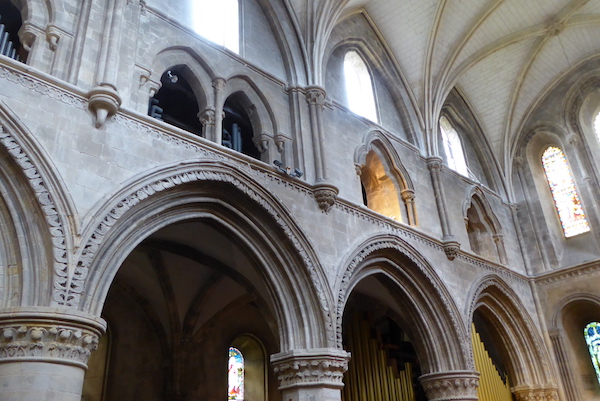 As the day was led by David Robson it was not surprising to find ourselves off-piste for a few extra delights. The first was to view the grave of Amon Henry Wilds in the cemetery of St Nicholas’s church in Shoreham. Iron railings surround the tombstone now nestled beneath a spreading laurel tree and looking comfortably shabby chic.

The four Downland churches we visited had in common their Saxon or Norman origins, picturesque settings (often just a chancel and nave with limited changes dependent on population variation) and varying degrees of restored wall paintings. Yet each has its own character, best experienced by being there to sense the calm rural simplicity which evokes a sense of early Christianity.

Coombes Church, named for its siting as its dedication is unknown, contains wall paintings re-discovered in 1949 depicting the gospel through pictures for those who couldn’t read. Having served its community for a thousand years it continues to be used and maintained by a small hard-working congregation.

St Botolph’s in Steyning is a Saxon church recently restored by the CCT. The Adur runs along the east of the site. Its silting up in the 14th century brought down the only bridge across the river that had been used for what is thought to be a thousand years, leading to the demise of the village.

We were treated to a personal tour by Nicola of the restoration of the Church of the Holy Sepulchre in Warminghurst. It was thrilling to hear and see for ourselves the nature and extent of the work undertaken: timber repairs to the rafters and braces of the vaulted ceiling, sourcing Horsham stone for re-roofing, even policy clashes in restoration work generally - all managed with expertise and dedication to its Grade 1 listing. 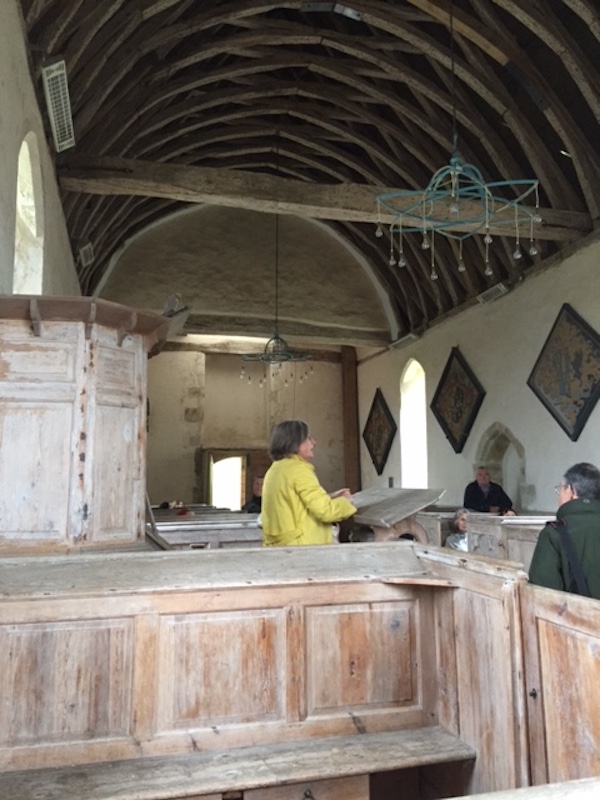 St Botolph’s, Hardham has an extensive set of frescoes that, unusually, cover the whole church interior. Monks from St Pancras’ Priory in Lewes are said to have supervised the decoration of the church interior as well as those of Coombes Church.

Our final church was St Nicholas in Arundel but not before another off-piste view of the adjacent Arundel Cathedral, built to elaborate Gothic heights and thrill in the 19th century, confirming the continuing passion and dedication of the Roman Catholic Church.

We had a guided tour of about half of what had been a homogenous 14th century building now bizarrely divided with the chancel (Fitzalan Chapel) Roman Catholic and the nave and transepts Church of England. Grade1 listed, this may be the only surviving example of the mediaeval practice of two ecclesiastical foundations under one roof. In 1879 the then vicar, unhappy at what he saw as Roman Catholic triumphalism, fought a lawsuit, claiming the chapel for the parish church, but lost. As a consequence, a crude brick wall separated the two for 90 years until replaced by the present glazed partition. However it is not so sweet a compromise as a tall iron gate full of highly gouging spikes also guards the divide, leaving a clear message.

Images, unless indicated otherwise, are by David Sears, including the gallery below of memorable sights 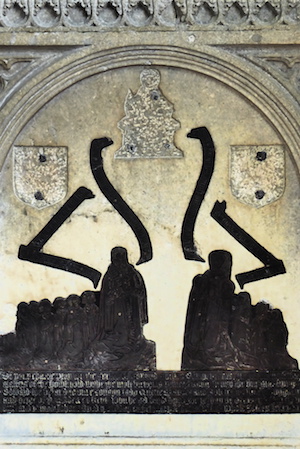 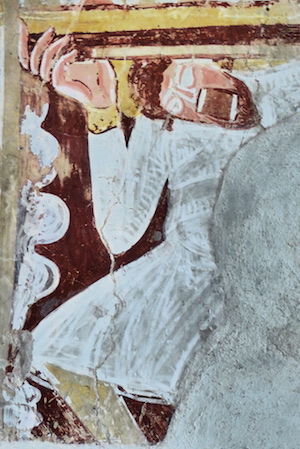 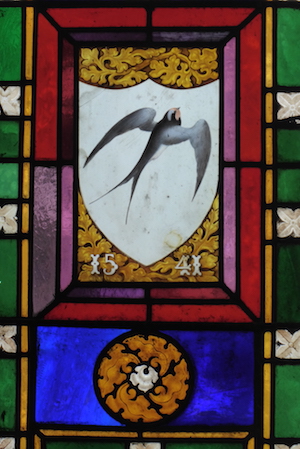 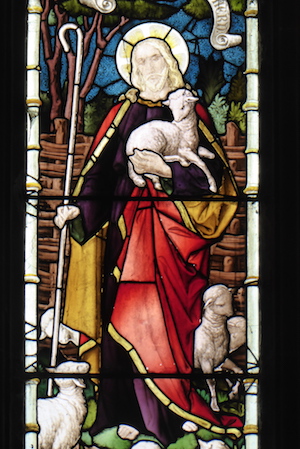 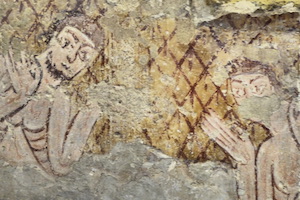 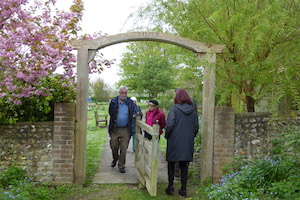 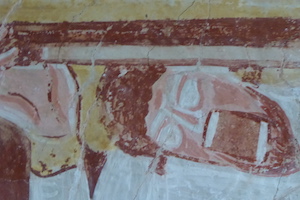 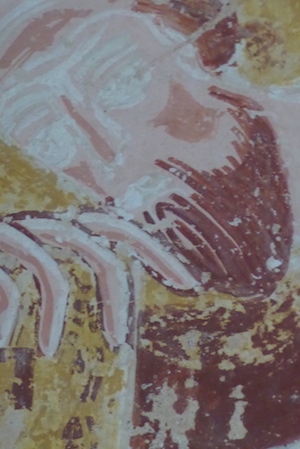 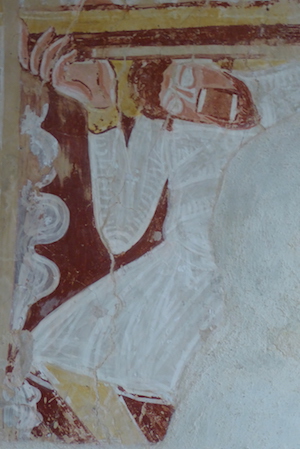 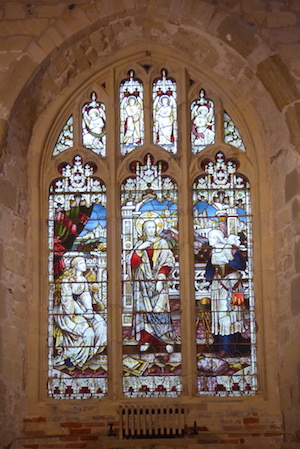 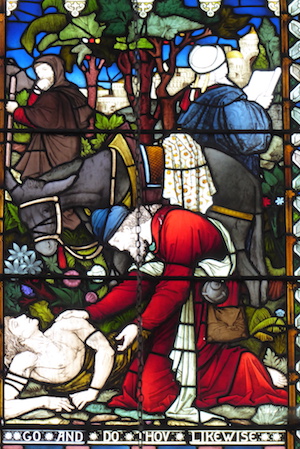 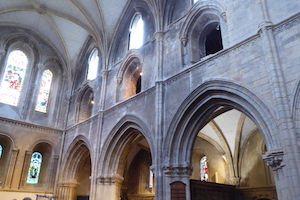 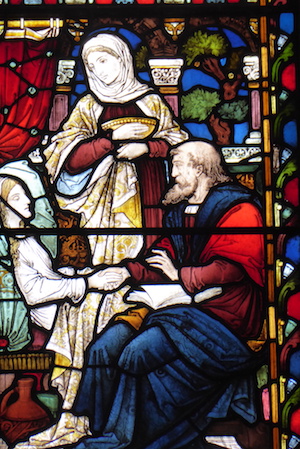 ...and demolishing the worst!

The Royal Institute of British Architects (Sussex) has produced a map that identifies and describes some outstanding buildings in Brighton and Hove of the last hundred years.

Map compilers Paul Zara and Richard Wolfströme introduced the map to the Regency Society at this light-hearted event. 49 buildings are included in this neatly produced and attractive map, coded as Modernist/Art deco, Housing, Brutalist and Contemptorary. Any such list is bound to be controversial but the thought which clearly went into its preparation and the attractiveness of the map itself impressed us - several were sold on the night.

If you missed this opportunity to buy you can still do so here.

After animated discussion over drinks and nibbles during the break, 13 RS members presented their notion of the worst 20th century building in Brighton, and a 'cabbage award' was voted on. The presentations were limited to one minute - but despite this restriction all 13 presented convincing cases for their 'cabbage'.

See the cabbage presentation and read the nominations here.

Would you like to comment on this article? We would be interested to hear your views, which will be added below. If you would like to do so you will need to register first - it only takes a moment and once registered you can log in and comment on other articles on this site in the future. Click here to register. If you have already registered, simply click on 'you must be logged in' at the bottom of the page.

2017 marks the bicentenary of Jane Austen’s death. Members of her close family were landowners and her cousin used Humphry Repton to ‘improve’ his estate at Stoneleigh Abbey. Her novels chart the shift in landscape and garden aesthetics from the Picturesque sensibilities of the 1790s to the development of Ornamental Gardening with its winding shrubberies and exotic planting. END_OF_DOCUMENT_TOKEN_TO_BE_REPLACED

Well, the day started in an unpromising way with sea fret and light drizzle and the organisers got a little damp whilst setting up the event.  By opening time, however, the weather had settled into a dry but overcast cool ‘summer’ day.

Following a quick trip to A&E to sort out the caterer’s sliced hand and to get some emergency ice, we were ready to go on time.

END_OF_DOCUMENT_TOKEN_TO_BE_REPLACED

When embarking on a trip such as this it is probably best to understand that you must, for a while, abandon your destiny to a higher power. Forget lovely long lie-ins, leisurely breakfasts or lolling about on a lilo with a long gin and tonic. You won’t do much sitting in sunny squares sipping sangria or spritzer either.

END_OF_DOCUMENT_TOKEN_TO_BE_REPLACED

Nicola Westbury is an architect and Society for the Protection of Ancient Buildings scholar who specialises in historic buildings conservation.

Gabriella Misuriello is the Churches Conservation Trust Project Manager for the South East. She is a building engineer specialising in heritage conservation.

They have been closely involved in the recent skilful repair of two ancient Sussex churches: the Church of the Holy Sepulchre in Warminghurst and St. Botolphs near Steyning. Nicola & Gabriella discussed the particular problems that such repair work involves and give us an insight in to caring for such fine buildings.'

This event will be followed by a coach tour of Sussex churches on 28 April.

Why would a coach full of educated and erudite Regency Society members, sophisticated and with excellent taste head up to London to view “[mere] Gothic heaps of stone without form or order [which] meet with contempt from the best and worst tastes alike”?

END_OF_DOCUMENT_TOKEN_TO_BE_REPLACED

A month into the Second World War, a remarkable limited edition book was published: Brighton Aquatints by John Piper, a collection of twelve prints, with the artist's commentaries and a foreword by the 1890s relic: Lord Alfred Douglas.  It was a book of elegiac memory, a reconceptualisation of the potential of modern art to engage with place and history, and also a muted alarm call regarding threats to the historic fabric of the town.

This rarely-seen book, arguably Piper's finest printmaking effort, is being republished by the Mainstone Press with a contextual and bibliographic commentary by Alan Powers; there will be an accompanying display in Brighton Museum in September 2017.

Dr Alan Powers is an art historian specialising in mid twentieth century British art, architecture and design. He has published widely on this theme, including monographs on Edward Ardizzone (2016), Eric Ravilious (2013) and Serge Chernayeff (2001).  He teaches for New York University in London and the London School of Architecture.  He teaches a Summer School course for the Courtauld Institute Public Programmes on Emigrés and leads tours for ACE Cultural Tours.  Dr Powers is a former Chair of the Twentieth Century Society and is actively involved in the conservation of buildings.

Sir Simon Jenkins, journalist, broadcaster and author, former editor of the Times and the London Evening Standard and campaigner for historic buildings is our current President. On 8 March he entertained a full Music Room at the Royal Pavilion at our Antony Dale lecture for 2017 on bringing old houses back to life. END_OF_DOCUMENT_TOKEN_TO_BE_REPLACED